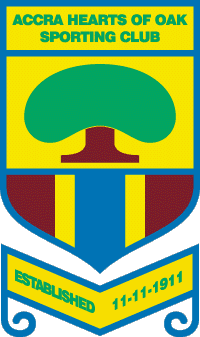 I must confess that when researching the history of football in Africa I didn't expect to find much activity in West Africa during the period I am concerned with.
That's a confession of ignorance, ignorance which, I am delighted to report, has now been vanquished!
European traders and sailors introduced football to the Gold Coast, but the locals soon took to it. A Jamaican born British schoolmaster named Briton, who was Head Teacher of Philip Quaque Government Boys School in Cape Coast, founded Excelsior FC in 1903. After three months  of practice Excelsior revealed themselves to the public at the Victoria Park on  December 26th 1903, two teams of Excelsior players competing in a rather rudimentary version of association football in front of an enthusiastic audience that included colonial dignitaries, including the Governor Sir Frederic Hodgson. Impressed by the boys' enthusiasm Sir Frederic arranged for them to play a match against a side made up of  European  Cape Coast residents and visiting sailors.
Excelsior gave a good account of themselves but lost the game 2-1. By popular demand a return match was arranged that Excelsior won 3-1.
Excelsior played regular fixtures, mainly against teams of  European civil servants and sailors. They also played a missionary role in the spread of football in the Gold Coast, travelling to play exhibition matches, as a result of which numerous teams were formed as the game took hold of the public imagination.

Excelsior 1903 - yellow and red stripes were the club colours.

A league competition was established in Accra as early as 1920. The trophy for this competition, the Sir Gordon Guggisberg Shield, was donated by the Governor of the same name. It was played for 12 times, and on six occasions the victorious team was  Hearts of Oak, who still grace the premier league in Ghana as the country's oldest existing club.

Hearts of Oak was founded in Usshertown (now a part of the capital, Accra), in 1911; in fact the club has the memorable foundation date of 11.11.11 - this was the date of their first ever match, against Invincibles.
Hearts of Oak were the third team formed in The Gold Coast- Excelsior being the oldest, followed by Invincibles (1910).
The club was founded by Christopher Brandford Nettey (later a prominent political figure) and a group of his associates.  Akom Duncan was elected captain.