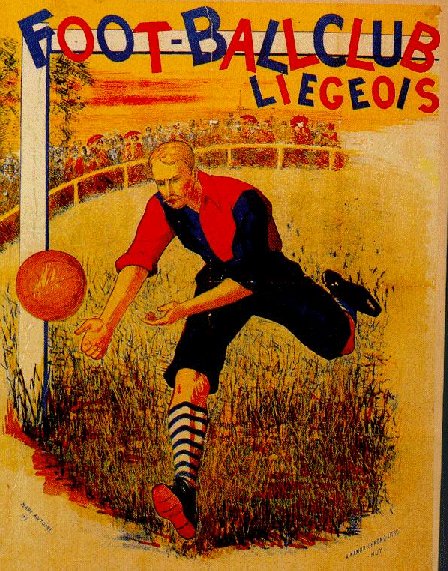 The first ever league match in the Belgian championship was played on November 10th, 1895. Antwerp Football Club (the oldest in Belgium, founded in 1880) played Sporting Club de Bruxelles.
The league was eventually won by FC Liègeois, who benefited from being awarded wins on 3 occasions (out of 12 matches) when opponents didn't show up. They finished with the record of nine wins, one defeat and two draws, 32 goals for and 11 against.
The influence of British players was strong throughout the league-  Liègeois had five English players.

* Every club in the Belgian league system has a matricule number. This practice dates from 1926, when the Royal Belgian Football Association numbered each club in order of registration.