The British spread football across the world with a missionary zeal, and it is not uncommon to find the first reference to football in any given country involving English (therefore British) sailors, soldiers or civilian expatriates.
Strangely though, none of the countries of the British Empire (as it was during the period that we are looking at)  have adopted football as their main sport. Cricket, along with Rugby, are the sports at which most of the former colonies have excelled. It is worth noting, however, that football was played on an organised basis in many of these countries, and often at an early date.
Prior to the formation of the Union of South Africa in 1910 the Southern part of Africa consisted of  separate colonies-the Cape, Natal, Transvaal and the Orange River Colony.
In 1910 South Africa became FIFA's first non-European member.

Here is a timeline of the development and organization of the game in Southern Africa:
Younger readers please note- all organizations, clubs etc were exclusively for White people unless otherwise stated. 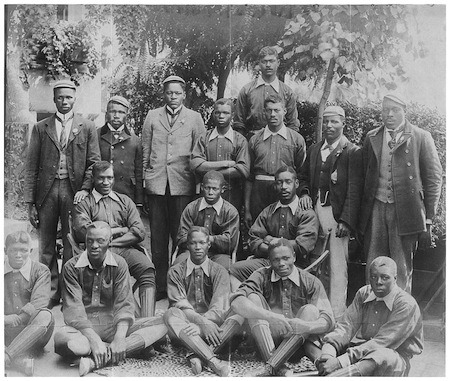 1902- The South African Indian Football Association (SAIFA) is founded in Kimberley, where a national competition for Indians — the Sam China Cup — is held.
1903 - Second Corinthians (England) tour.
1906 - South Africa tours South America. They play 11 games against decent opposition - Argentine clubs Alumni, Belgrano, Quilmes, and representative sides of Argentinian and Uruguayan leagues as well a s team of British players based in Argentina. They are beaten only once (by Alumni) and have a 54 for 7 against goal ratio.
One member of the touring party, English born Héctor Henman  stayed in Argentina, where he joining Buenos Aires top club Alumni AC. Henman played for Argentina against Uruguay later that year. 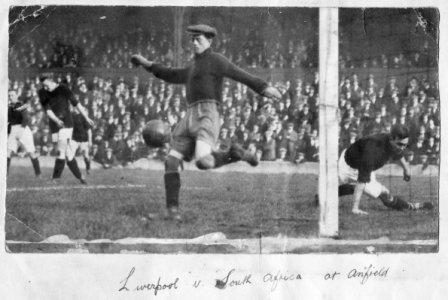