Hans Kamper was a keen all round sportsman who had captained FC Basle and helped to found FC Zurich in his native Switzerland.
As a 21 year old in 1898 he was travelling to Africa to establish a sugar trading business, but he stopped off to visit an uncle in Barcelona and never left.
He played some football and  founded a sports magazine, Los Deportes.
On 22nd October 1899 Kamper (or to use the Catalan version of his name, Joan Gamper) placed this advert in Los Deportes: 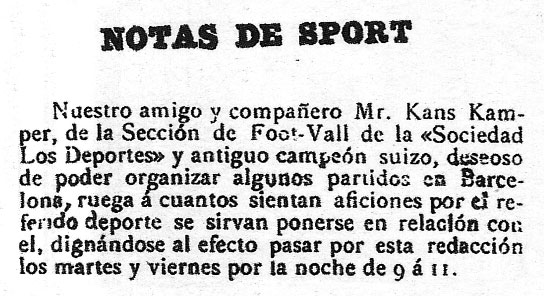 
Our friend and partner, Mr. Kans Kamper, from the Foot-Ball Section of the <<Sociedad Los Deportes>> and former Swiss champion, wishing to organize some matches in Barcelona, requests that everyone who likes this sport contact him, come to this office Tuesday and Friday nights from 9 to 11.


On 8th December 1899 FC Barcelona played their first ever game, a 10 a side against a team of English settlers. They lost 1-0 to an Arthur Witty goal.  There's a match report here: 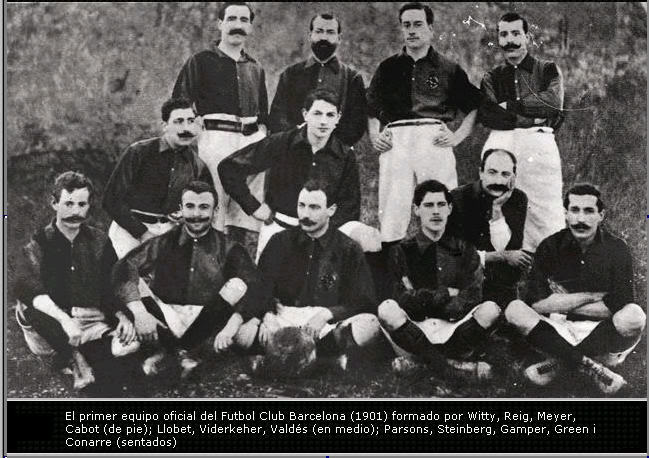 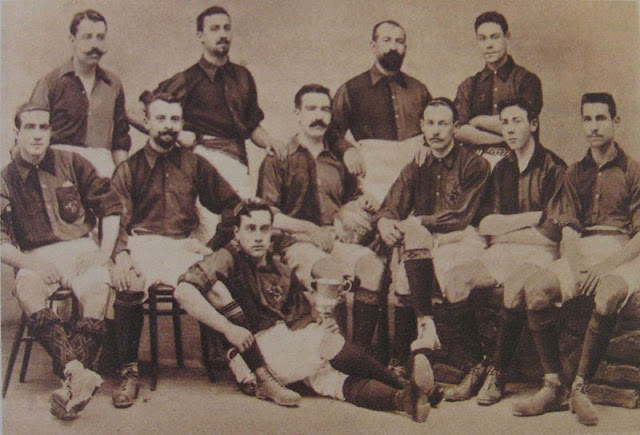 Barcelona won their first trophy, the Copa Macaya (a championship of Catalonia) in 1901–02.
It's probably more than a coincidence that Gamper's old team, FC Basle, the club he founded in Switzerland (FC Zurich) and Barcelona all share the same club colours.