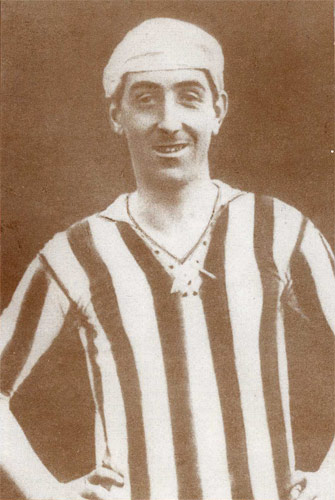 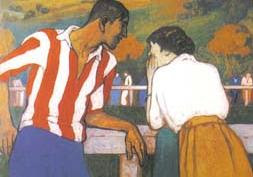 Moreno and his wife painted by Aurelio Arteta. 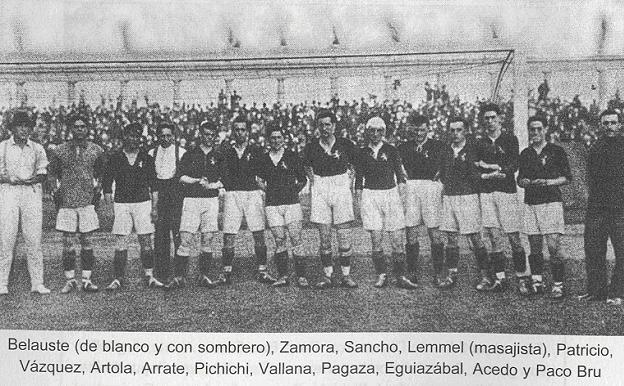 
He was just 1.54m and wore a white cap on the pitch. He died aged 29 and his name lives on...
Pichichi- The Little Duck- not the most imposing nickname, but Rafael Moreno's record was more than impressive.
In ten seasons for Athletic Bilbao between 1911 and 1921 Pichichi scored 200 goals in 170 appearances. Spain only entered onto the international stage in 1920, so he was restricted to 5 appearances before his death, from typhus, in 1922.
When La Liga was contested for the first time in 1929 the newspaper Marca instituted a trophy for the season's leading goalscorer, which they named Pichichi in Moreno's memory. The first recipient of the trophy was 'Paco' Bienzobas of Real Sociedad.