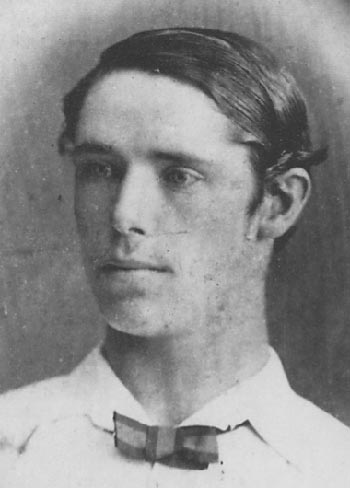 His beautiful science exhibited how a ball ought to be taken through a host of foes.

Cuthbert Ottaway was the first ever England captain, in the game against Scotland on 30th November 1872. He also led England to a 2-1 defeat at Partick in the third international on 7th March 1874. These were his only 2 caps.
Ottaway, who was an accomplished cricketer and all round sportsman represented  Old Etonians, Oxford University, Crystal Palace and Marlow.
He played in three successive FA Cup finals from 1873 to 1875, losing 1-2 with Oxford University against Wanderers in 1873, winning 2-0 with Oxford University against Royal Engineers a year later, and then representing Old Etonians against Royal Engineers in 1875. Ottaway sustained an ankle injury in the first half of the drawn 1875 final. He left the field and was not fit for the replay.  In fact there is no evidence that he ever played senior football again after this match.
He died in 1878, aged 27.