In the first 20 seasons of FA Cup football 2 clubs shared 10 victories.
These 2 clubs encapsulate the development of the game at this stage in its history.
The Wanderers were gentlemen amateurs, metropolitan, products of the public schools.
Blackburn Rovers represented the rise of Lancastrian professionalism, featuring Scotch Professors and homegrown working class talent.
Whereas the Cup had begun as a rather narrow interest concerning a handful of clubs whose members came from an exclusive social background, by the time Rovers had secured their 5th win The Association game had  became the focus of mass interest. Attendances were in excess of 20,000 and extensive newspaper coverage, including specialised publications conveyed the excitement to millions. 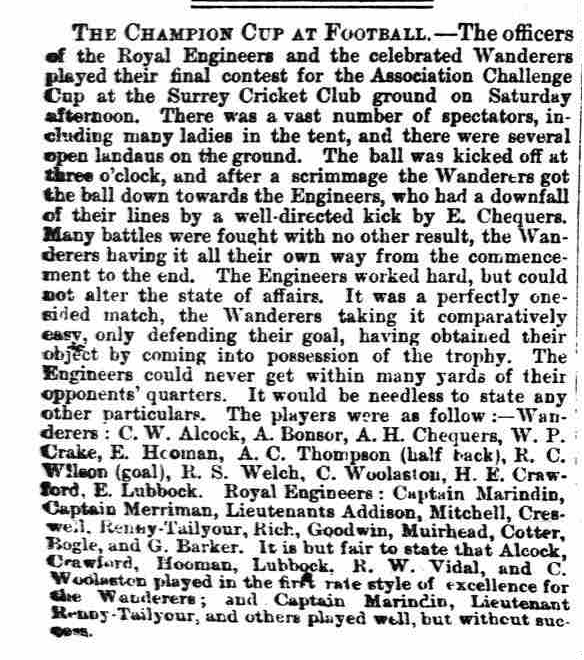 Wanderers forfeited the right, set out in Alcock's original proposals for the Cup, to keep the trophy having won it three times in a row. 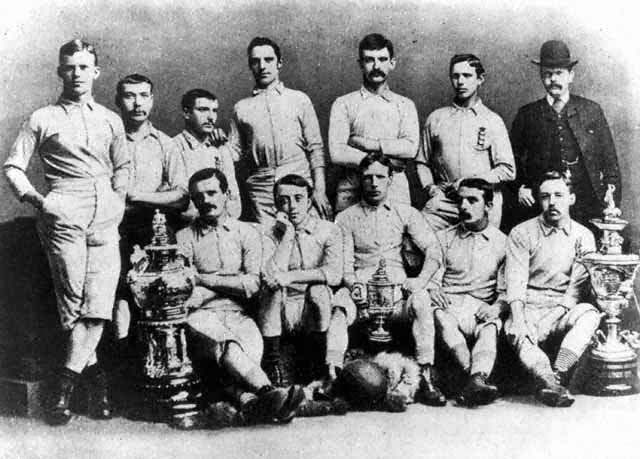