In 1919 a British diplomat by the name of William Haigh asked his superior, Sir William Conyngham Greene  (who delighted in the title Ambassador Extraordinary and Plenipotentiary to His Majesty the Emperor of Japan) if the Football Association would present a cup to be contested by clubs in Japan.
The FA obliged, and the  FA Silver Cup was donated - known as The Emporer's Cup it was presented to the winners of the  All-Japan Association Football Championship Tournament .
The donation of  a prestigious trophy also contributed to the foundation of the Greater Japan Football Association in September 1921.
William Haigh, a graduate of Cambridge University, went to Japan in 1913 at the age of 22. He worked for the  British diplomatic service, initially as a translator in Tokyo, becoming  Vice-Consul in Yokohama in 1920. Haigh was a keen footballer. He played for the British Embassy XI and in 1918 established the  British Embassy Cup Challenge League. This included local sides such as Tokyo Football Club, and Tokyo Normal Higher School. 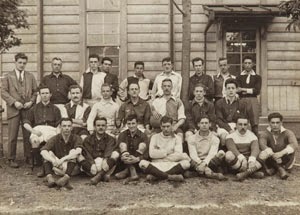 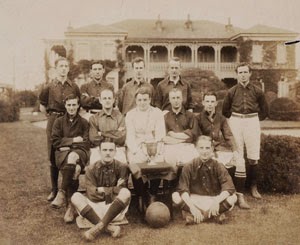 Haigh's commitment to nurturing football in Japan, both through administration and coaching, saw him named as one of the founding patrons of the Japan Football Association.
On 1st September 1923 Haigh was killed in an earthquake.  He was 32 years old.  A football tournament was held in his memory in December 1923, and the Haigh Memorial Cup was held the following year.
He was inducted into the Japan Football Hall of Fame in 2008.