As well as being the first Cup Final to employ linesmen (assistant referees) instead of umpires, the first in which goal nets were used and the last to be played at the Oval- the 1892 FA Cup Final is the first instance that I have found of the press providing details of the players as regards age, height and weight.
The following is adapted from the Sheffield Independent of 21.03.92. I've added the players 'nationalities' and also provided metric measurements.

* Reynolds was English born and represented both Ireland and England .

Of course, the only statistic that matters in football is the score- 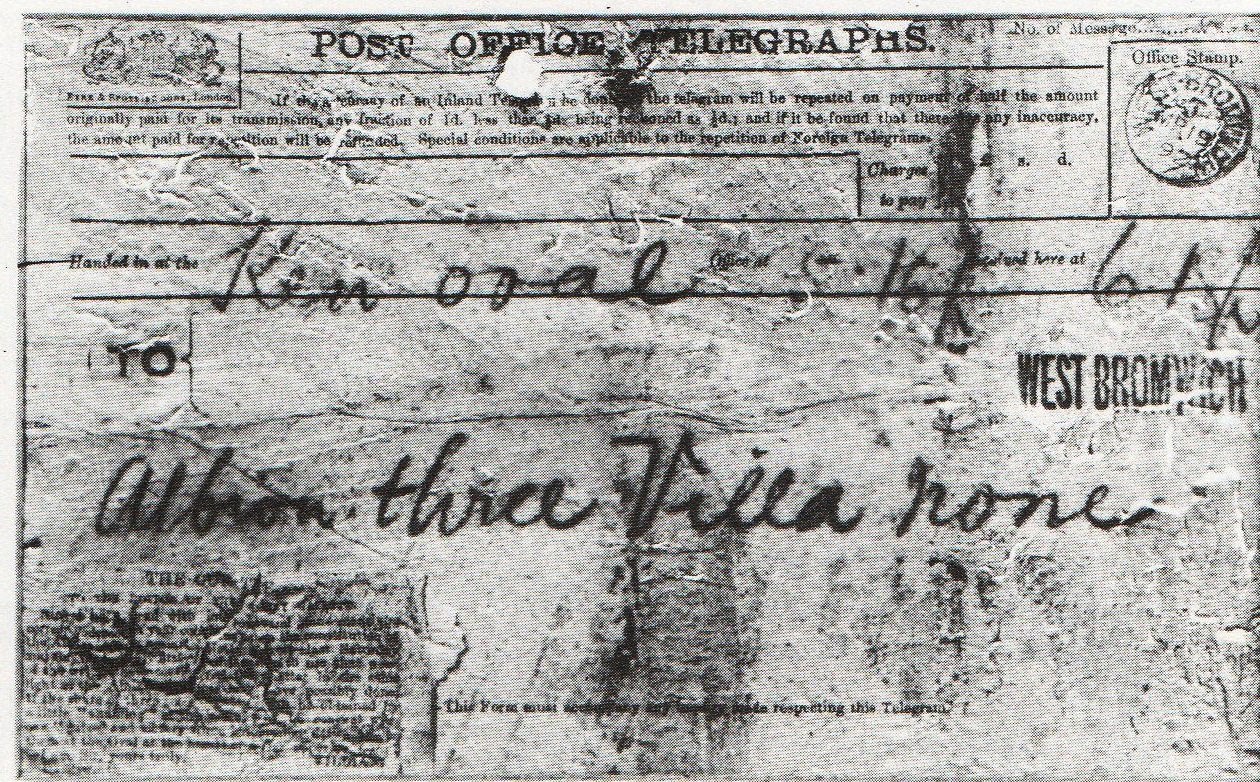 This telegram, sent from the Oval, tells us Albion three Villa none- Jasper Geddes, Sammy Nicholls and Jack Reynolds were the scorers. 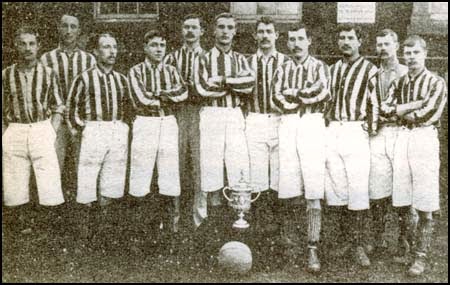