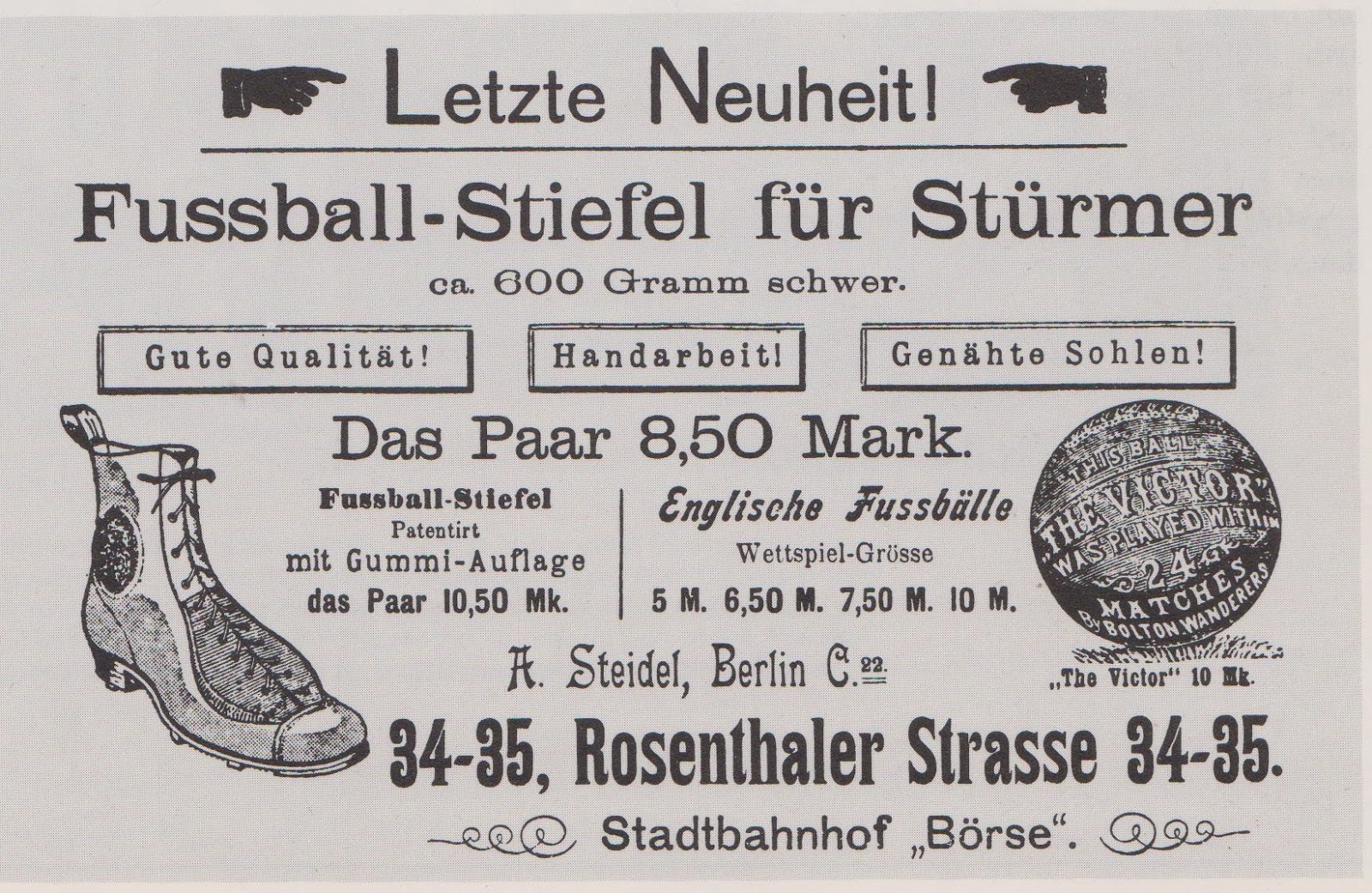 The Latest Novelty! announces this advertisment for a Berlin sports shop.
Football boots for a striker weighing just 600 grammes- modern football boots (or shoes) weigh in at about 250 grammes.
As football spread throughout the World there was no doubt that the best kit was produced in Britain. Continental retailers would boast that the gear on sale was imported from the UK.
The Victor ball was played with for 24 matches by Bolton Wanderers. The inference is that it kept its shape and didn't rupture or burst, something that the old style balls were prone to.