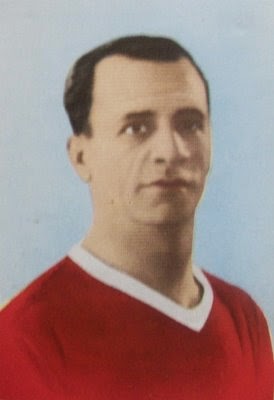 Portugal's first international was against neighbours Spain. It was Spain's 7th outing. In their previous 6 games they had only been defeated once. They had played 5 games at the 1920 Olympics.
Spain were 3-0 up when Alberto Augusto got Portugal's first ever international goal with a 75th minute penalty. The man affectionately known as Batatinha (small potato) was a Benfica player at the time. He represented 8 clubs in a 20 year career and was capped 4 times.
In 1924-25 Alberto Augusto played for América (Rio de Janeiro), making him Portugal's first football 'export'. There are also sources that have him playing for Santos in Brazil.