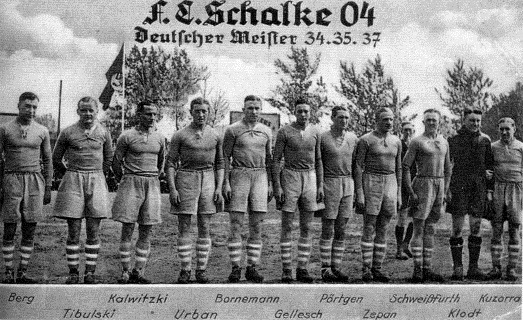 Passing and retaining possession are fetishes in the modern game. Possession statistics are revered as evidence of a teams worth. We played the better football... even if we lost.
Kreisel is often translated as 'spinning top'- gyroscope is more correct- and was used as a term to describe the short interpassing play of Schalke 04.
The term was first used in 1925.
The style originated with the brothers Fred and Hans Ballmann . Their parents had emigrated to the UK and during the 1914-18 war the family was interned. On returning to Germany in 1920 the Ballman brothers could hardly speak German, but they played football in a distinctive manner that they considered to be the Scottish Style- short, sharp flat passing.
Schalke were criticised for sometimes being over elaborate and 'forgetting' to score - one player remembered 'we would put the ball in the net if there was no one to pass to...'
The Third Reich Era saw Schalke dominating German football. They won the Gauliga Westfalen 11 times in succession NEVER LOSING A HOME GAME! Much of this comes outside our era - but they did win the national championships in 1933–34, 1934–35 and 1936–37, They also won the cup (Tschammerpokal) in 1937. 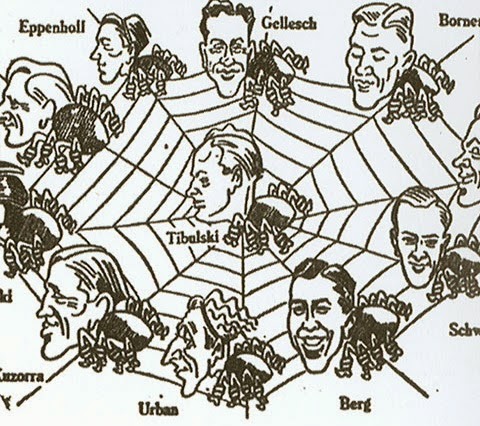 Another depiction of the Kreisel- Schalke 04 players as spiders in their web. 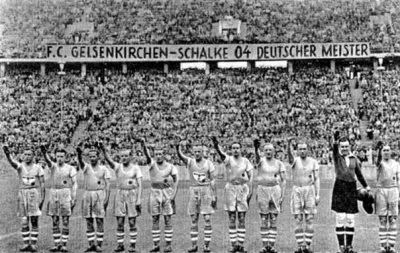