On 13.03.04 The Umpire, a Manchester based sports paper, published the result of its Football Competition, in which readers were asked to vote for their favourite player of the season.
The number of votes cast is impressive, and it is revealing that 2 Northern Union (Rugby League) players make it into the top 10. In this era the words football and footballer were just as likely to be used in connection with rugby players. One can assume that the readers were predominantly northern working class men. 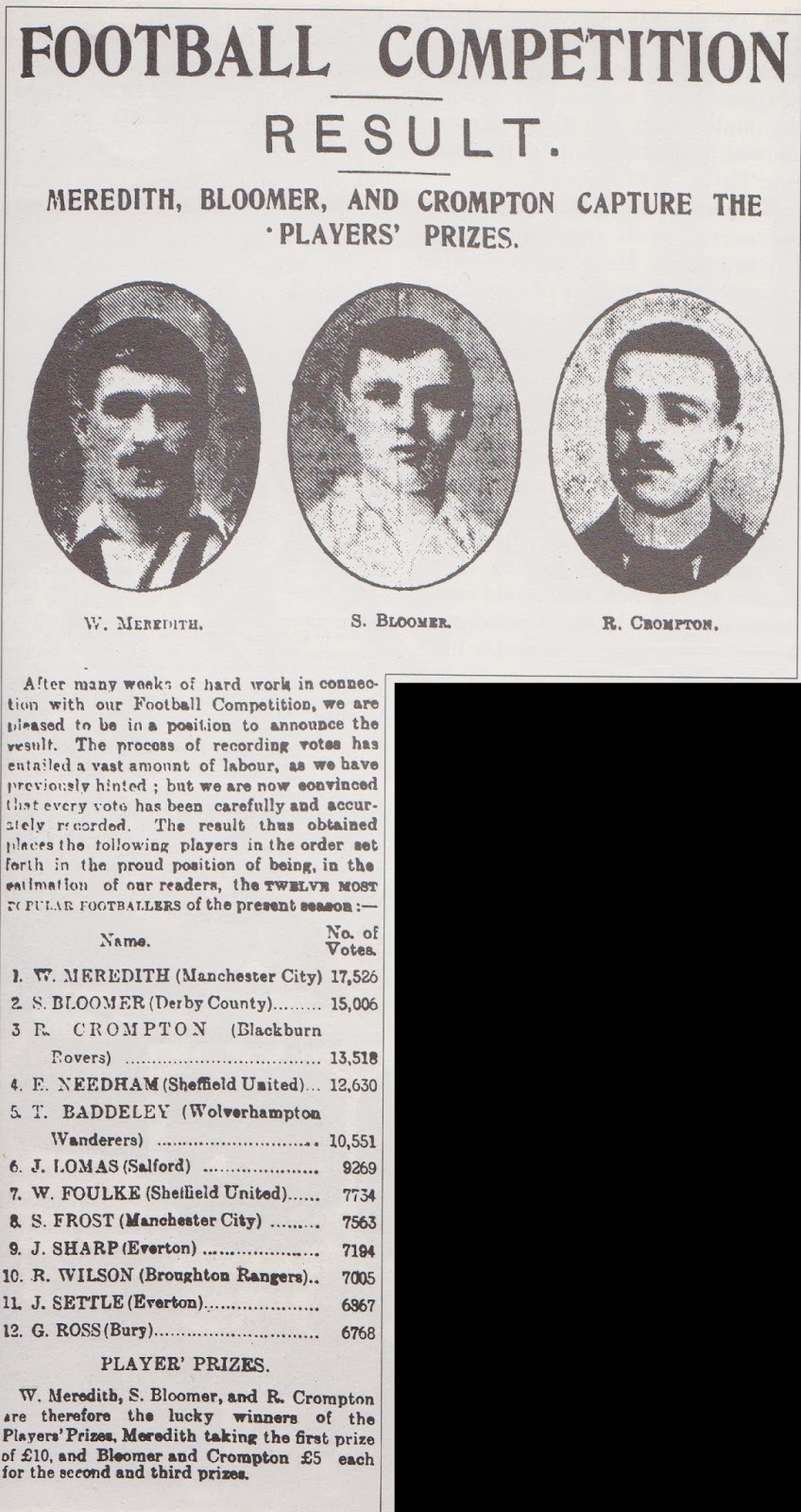 Of the 10 association players in the 12 named, some will need no introduction to studentds of football history. Let's see: