The first football club in  Russia, the St. Petersburg Football Club, was founded in 1879. The memebrship was restricted to British residents.
In 1897 a fixture that is often cited as being  'the first football match in Russia' was held on Vasilievsky Island  near Saint Petersburg , between the local English team Ostrov (Island) and a team of  Russians, Petrograd. The English team won, 6–0.
This match was instrumental in bringing about the establishment of the first distinctly Russian clubs. First, in 1897, came Kruzhok Liubiteley Sporta (Circle of Sport Lovers) soon followed in 1898 by Peterburgsky Kruzhok Sportsmenov (St.Petersburg's Circle of Sportsmen).
The first match between these two clubs took place on 13th September 1898. It would appear that there were still many English and Scottish players involved.
Several other teams developed in the area, so that within three years St Petersburg had it's own league, the first in Russia, comprised of 'works' teams from large weaving mills, whose owners encouraged football as a distraction from excessive drinking on Sundays.  Nevsky were predominantly English, Nevka exclusively Scottish  drawn from the workers of the Samson weaving mill, whereas Viktoria were a mixture of Englishmen, Germans and Russians.

Winners of the first St.Petersburg Football Championship were Nevka.
The opening match was played on September 2nd (Old style- it was 15th in the west!) 1901. 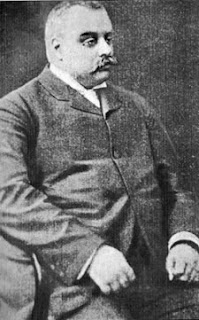