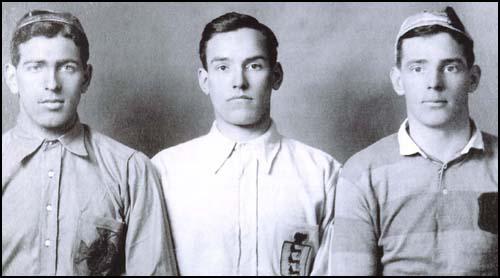 
Colin Veitch (England)
International debut 1906, 6 caps.
The fascinating Colin Veitch was a socialist who was active in the formation of the Players' Union. He was a keen dramatist and an accomplished journalist.  Veitch also championed the idea of using a blackboard for tactical analysis.
Veitch was on the  losing side in the FA Cup final on 4 occasions. Veitch is reputed to have developed the 'offside bogey' with McCracken.