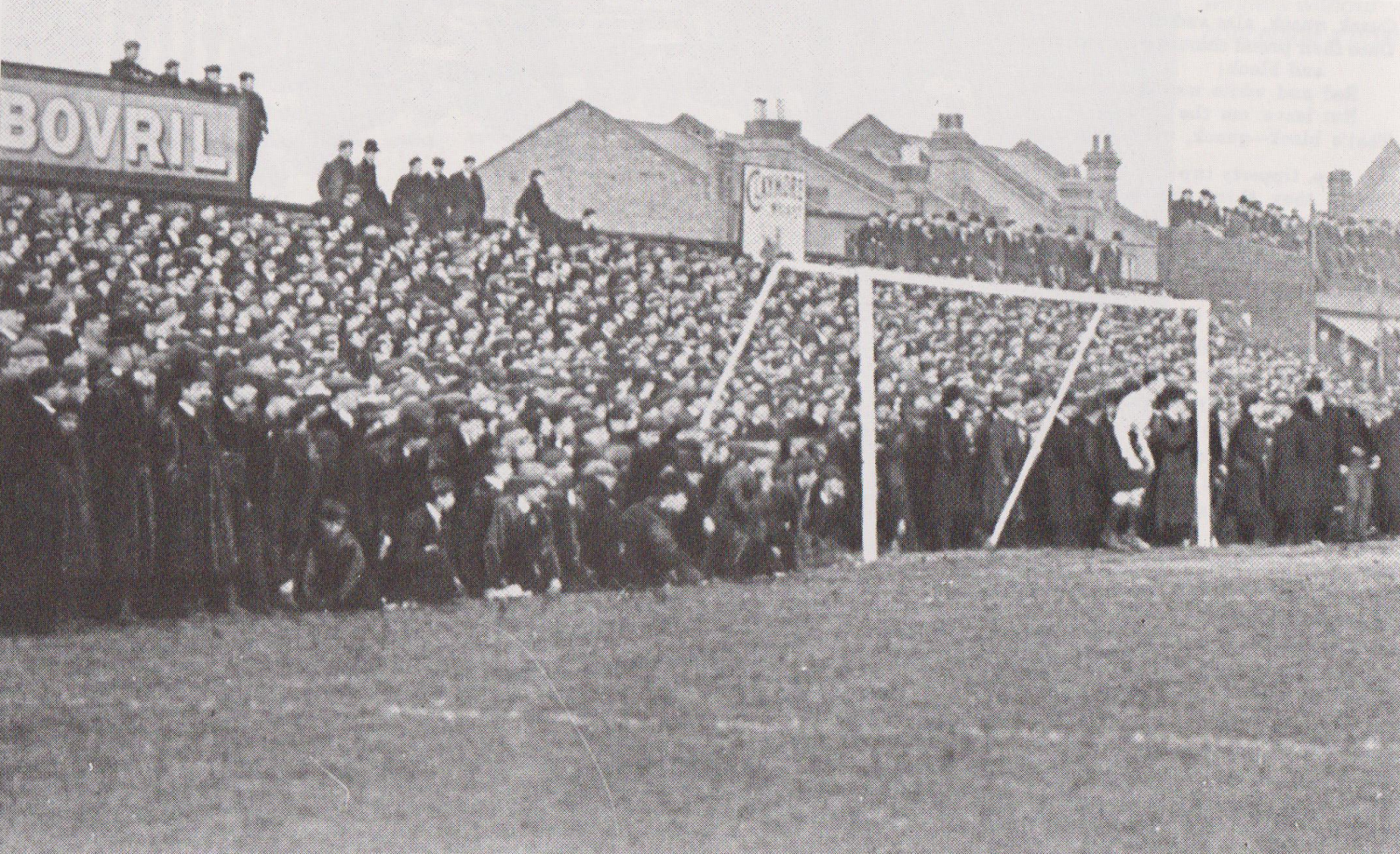 In the second round of the FA Cup in 1904 Tottenham Hotspur were drawn at home against Aston Villa. On February 20th a crowd of about 50,000 crammed into White Hart Lane- the safe capacity of which was around 30,000. Unsurprisingly there were encroachments onto the field of play. The referee, Mr Howcroft, with the agreement of both captains, deemed that the match should continue as a friendly (complete abandonment at this point being considered too provocative a step). Half time was called after 35 minutes and within minutes of  the resumption the game was ended.
Tottenham won the replay 1-0. They also took the precaution against future crowd encroachment, not by limiting admissions but by erecting a 1.52 m iron fence around the perimeter.