Luton Town are currently in the 5th tier of the English pyramid. They were in the Football League from 1920- 2009.  This was their second spell as a league club. they originally joined the League in 1897.
The club was formed in 1885 as a merger of Luton Town Wanderers and Excelsior.
Luton Town claim to have been the first professional club in Southern England (August 1891). When Luton entered the League in 1897 only Woolwich Arsenal lay further south.
During their first period in the League they played their home games at Dunstable Road.
Financial limitations led to a rapid return to Southern League football. 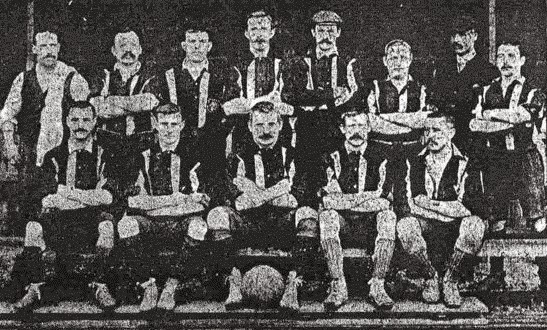 During this period Luton wore irregular striped jerseys of cochineal, black and white.