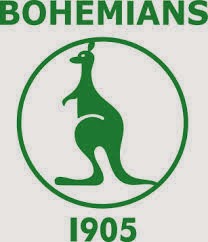 How does a Prague based club end up with the nickname Klokani (kangaroos) and a marsupial as their emblem?
The answer is simple. by going  to Australia.
In the northern spring/summer of 1927 AFK Vršovice of Prague undertook a tour of Australia. They adopted the name Bohemians for this tour (in Australia they were frequently referred to as Czechoslovakia- although there were no internationals in the squad).
From the warm up game against a British Army team in Ceylon (Sri Lanka) the tour was a success- 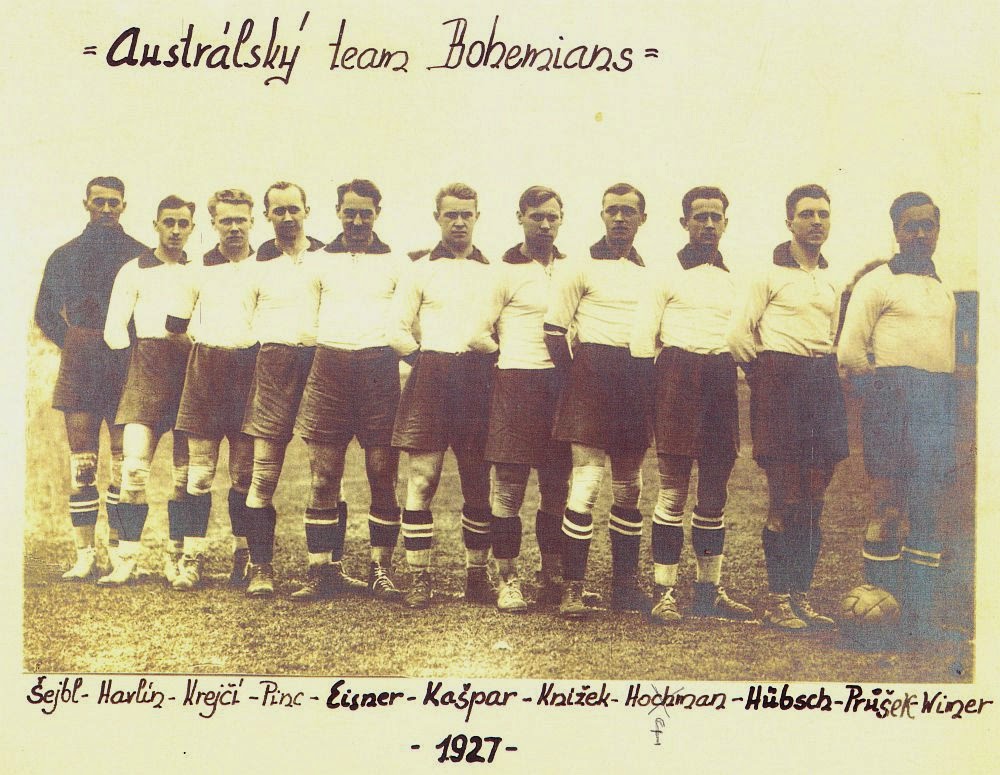 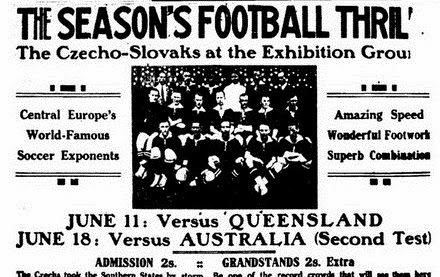 A remarkable series of 3 matches v the Australian national side produced 28 goals .
The Bohemians were presented with 2 wallabies that saw out their days in Prague zoo, but the name kangaroos stuck, and a kangaroo remains the club mascot to this day.