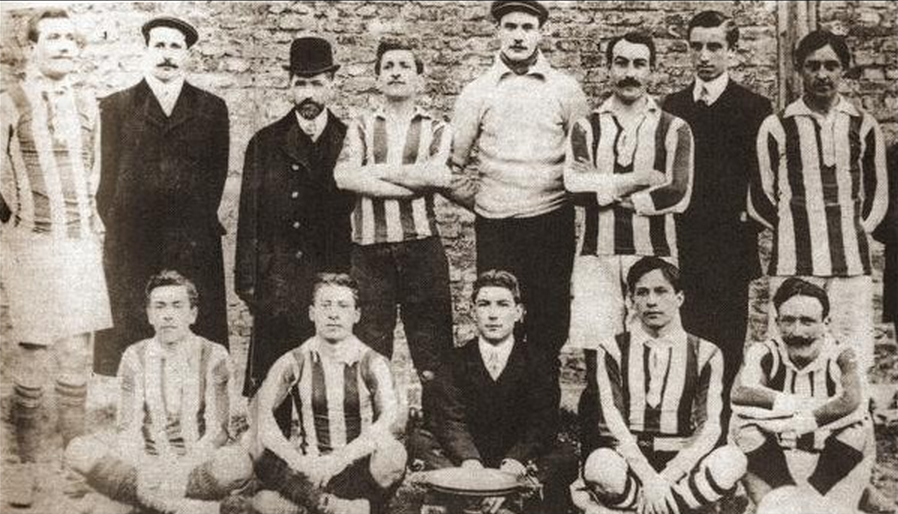 M. Rimet in the bowler hat.The stripes are green and white.

The Red Star Club Français was founded by by Jules Rimet and Ernest Weber in February 1897. The club enrolled as a member of  Union des sociétés françaises de sports athlétiques (USFSA). Inclusivity was a key feature of the club's philosophy (although membership was 100 francs per month).

I must confess to being a little confused by the references to Buffalo Bill in the various potted histories of the club.
The only Red Star I can find mentioned in connection with thye legendary Wild West showman is that the ship on which he sailed to Europe in 1889 belonged to the Red Star Line. There is also reference to Rimet's governess  Miss Jenny , who was English, having influenced the naming of the club after the famous shipping line.
The Red Star was not a symbol of socialism at this point in time.
Rimet and friends also followed a trend by giving their club an English name.
The name evolved over time:
Red Star Club Français (1897–1906)
Red Star Amical Club (1906–1927)
Red Star Olympique (1927–1946)

Red Star currently play in the third level of the French system.