Officers of The Royal Engineers (Chatham) on Tour 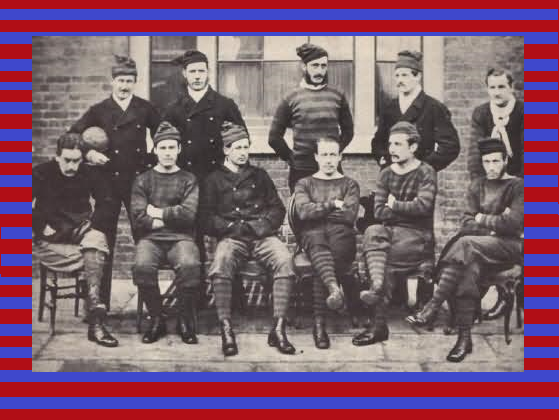 In December 1873 the Royal Engineers went on tour to Sheffield and the Midlands. The Engineers team were all serving officers and the tour was arranged around periods of leave.
The three games played are often credited with introducing the Combination Game to a wider audience.
Although the exact origins of a systematic approach to playing association football in concert with one's team mates is very difficult to pin down, but documentary evidence supports the deployment of such tactics by the Engineers from the late 1860s, predating the culture shock of the 1872 England Scotland international in which the 11 Queen's Park players used tactics that were supposedly completely alien to the English. 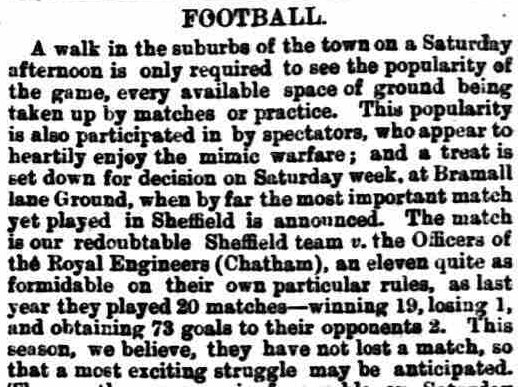 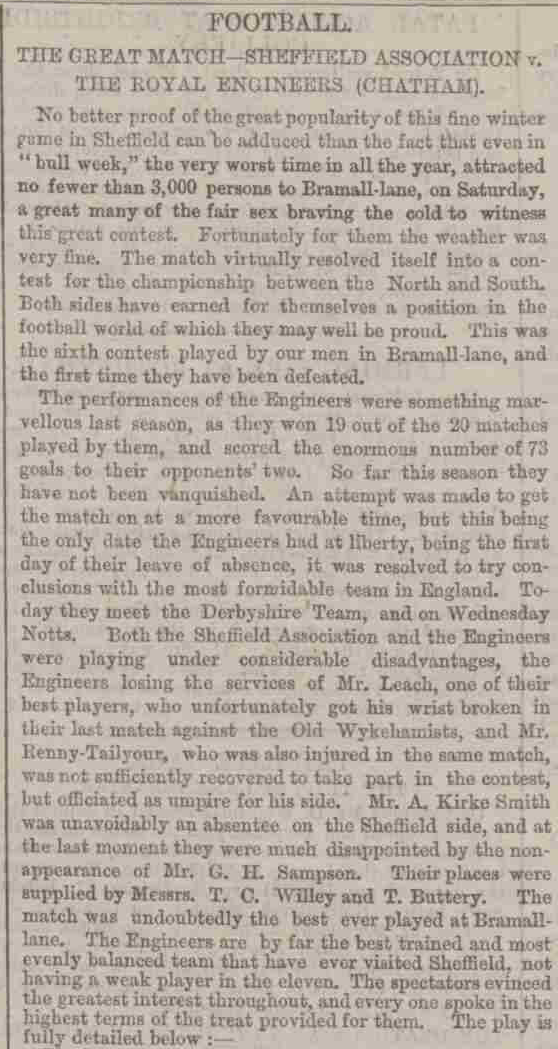 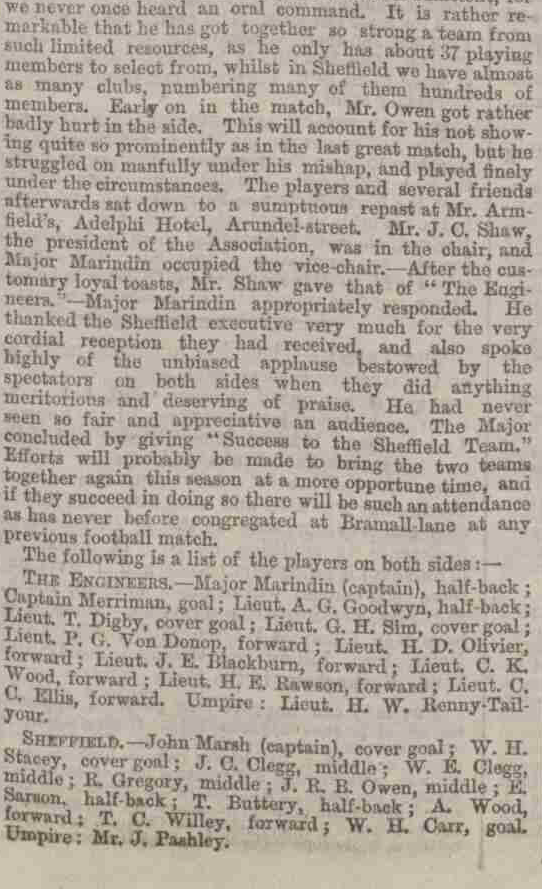 The Engineers were an adaptable lot- they were not averse to playing Sheffield rules (they went as far as playing Rugby rules on occasions). Note the reference to the throw in and the Sheffield reporters preference for the kick in. I remember a similar debate re surfacing in the 1980s!
The Sheffield FA team who played against Glasgow in the 1870s were in turn praised and damned for using a combination game unusual among English sides.
The Mr Owen referred to is Rev. John Robert Blayney Owen. He later played for England. Owen was at Trent College and would have turned out for Derbyshire had it not been for the injury he sustained in the match at Sheffield.
H.W Renny-Tailyour was injured for the Sheffield game, which he umpired. He returned for the Derbyshire game.

A capital luncheon- before the match, and a splendid banquet afterwards.  It is implied that a different set of rules was employed in each half of the Derby game. 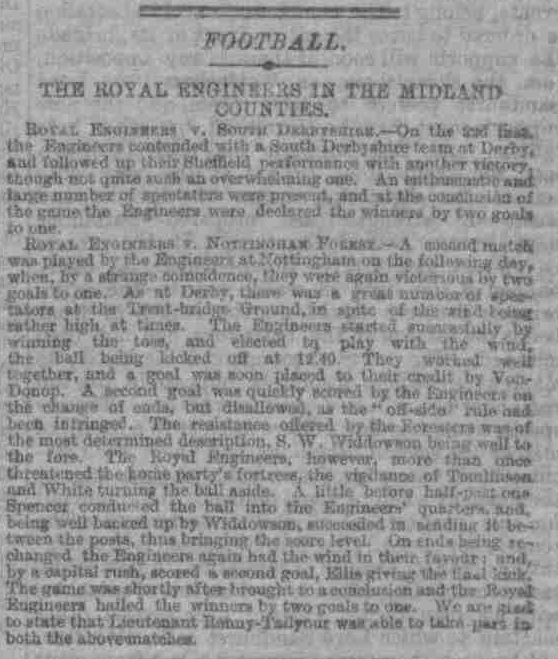 The Standard 26.12.73
Nottingham Forest had been in existence since 1865. Their splendidly Dickensian named captain, Samuel Weller Widdowson, known as the inventor of shinguards, was impressed by the Engineers' use of a pyramid formation. During the course of the nest decade this became standard throughout Association Football.