Organized football in Chile initially centered on the port of  Valparaiso. The capital, Santiago de Chile, although involved in representative matches against  Valparaiso as early as 1893, did not have a structured football set up, with clubs such as Santiago Athletic Club arranging casual games.   All this changed with the foundation of the Asociación de Football de Santiago in 1903.
The Copa Subercaseaux ( named after Julio Subercaseaux, honorary president of the AFS) was introduced (the Chilean press got a bit confused when they wrote that they hoped it would one day assume the status of the cup played for in Britain by such giants as Cardiff and Newport- both Rugby Union teams from Wales!) 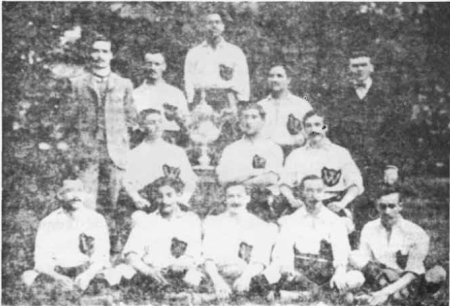 Juan Ramsay, an all round sportsman of English descent, was a key figure in the development of football in Santiago. He was a member of Atlético Unión, a club formed in 1897 via the merger of Santiago Athletic Club and Santiago Rangers non Sunday Playing Club. Ramsay had been a founder member of Santiago Rangers non Sunday Playing Club in 1895 (aged 15) and later was involved in setting up Instituto Nacional F.C. Following the demise of Atlético Unión Ramsay founded English F.C. He became president of the AFS in 1910, before he was 30 years old.
Atlético Unión won the first 3 editions of the Copa Subercaseaux . The 1903 winning team has a distinct English/Scottish ring to it : Juan Leiva, Juan Ramsay, Jorge Cabrera, F.C. Campbell, Frank Morrison, Carlos Menéndez, A. Taylor, Joe Ramsay, Fred Anderson, Hugh Sutherland , George Hood.

The multi national nature of football in Santiago is revealed in the names of the clubs that constituted the initial membership of the association:


Remarkably, having won the  Copa Subercaseaux outright  and gained the nickname El Invencible, Atlético Unión ceased to exist in 1906. 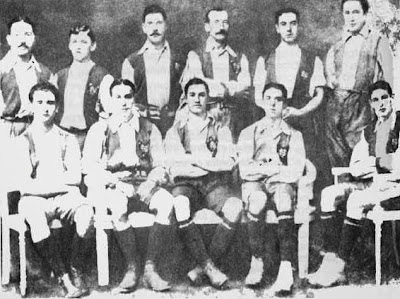