Have you ever wondered what's going on in the picture behind our banner? 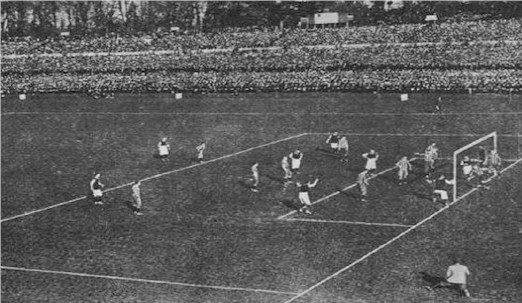 The photograph shows Harry Hampton scoring for Aston Villa against Newcastle United in the 1905 FA Cup Final.
I chose the picture for it's clear depiction of the pre 1937 'D' less penalty area.
The match was played at Crystal Palace, a miserable place for Newcastle , who lost in 4 Cup Finals during the decade.  The crowd was an impressive 101,117, the 4th highest ever for a Cup Final. 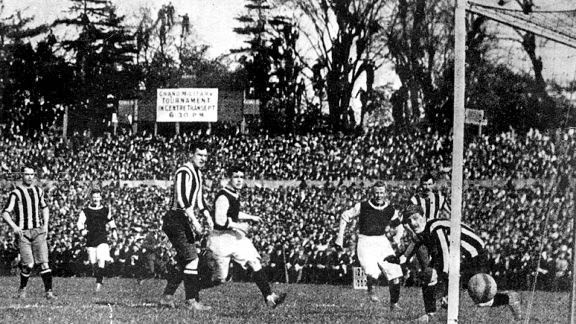 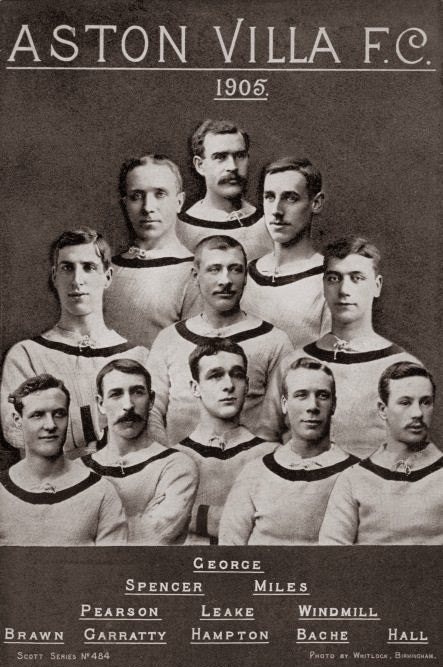 The Villa XI, all of whom were English 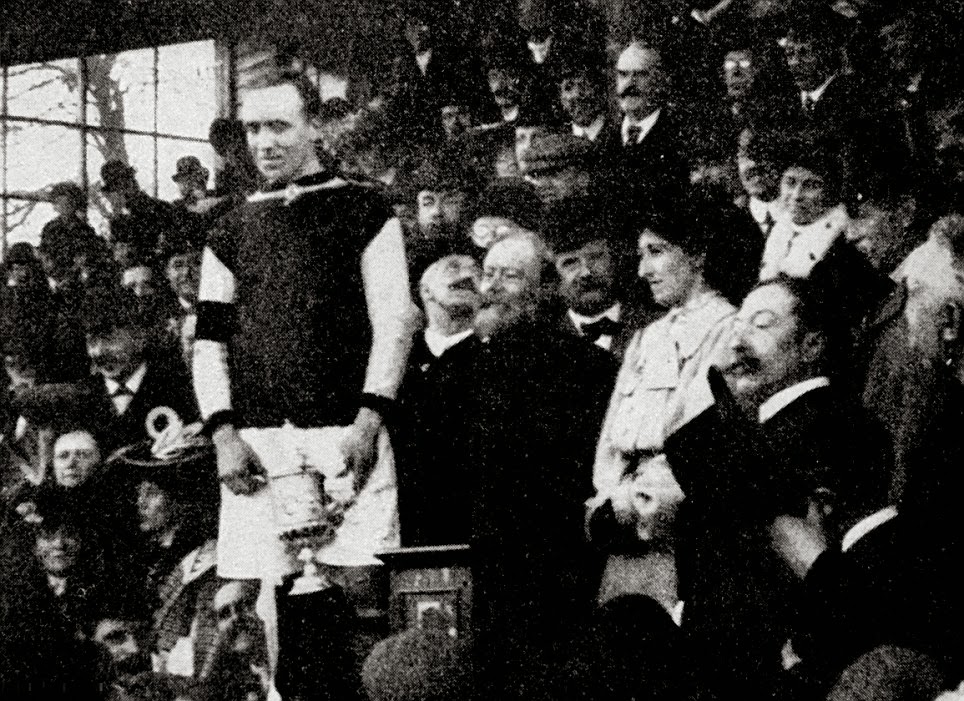 Howard Spencer with the Cup.

Hampton was a week short of his 20th birthday. He is to this day Villa's top scorer in league football.