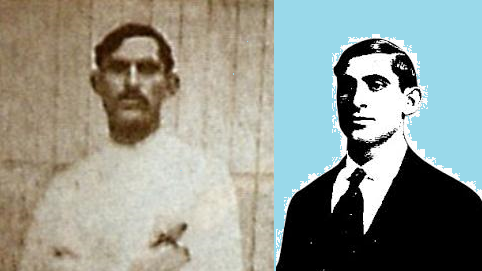 Nacional was Porte's ideal- he loved the club as a devotee loves his faith, as a patriot loves his flag

El Indio was a half back who joined Nacional in 1911. He played 207 games for  the club and won the national championship  in 1912, 1915, 1916 and 1917.
In 1918 Nacional had signed a new centre half- Alfredo Zibechi,  which made it appear that Porte's place was in jeopardy. However, Porte played in the 3-1 win over Charley on 4th March and put in a good performance. In the early hours of 5th March 1918 Porte shot himself in the centre circle of Parque Central.  He left a note for the club president asking that they took care of his mother along with a poem:

Even Nacional turns to dust,

and in dust love endures
Do not forget for a moment
how much you are loved
Goodbye forever.

He was due to be married the following month- he was about 25 years old.