The notion that the foundation of the Football Association conjured football out of nothing is, of course, absurd. Diverse forms of football were being played before the FA's efforts to unify the codes.
The account below describes a game that has Association like features- scoring by kicking through the posts. The fair catch is there too, The use of the term bases for goals suggests the writer was familiar with Harrow school, where that term originates.
Interesting that a game between 8 men and 22 schoolboys should get the attention of the press! The connections with the cricket club are also typical of the organization of early clubs. 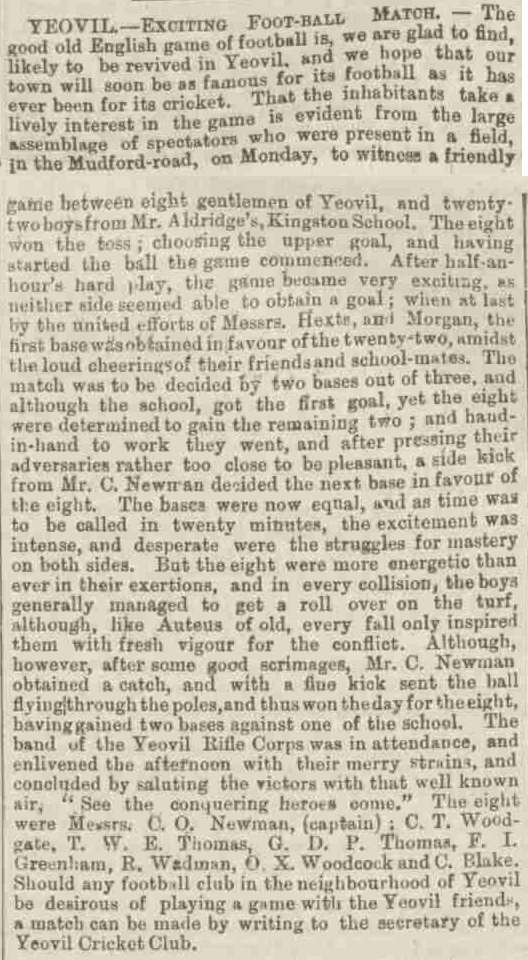