1912
In April 1912 an Easter tournament was played at Amsterdam- the trophy was donated by famous hat-dealer, J. S. Meuwsen.
The following teams participated: 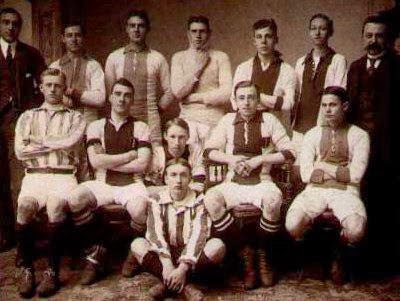 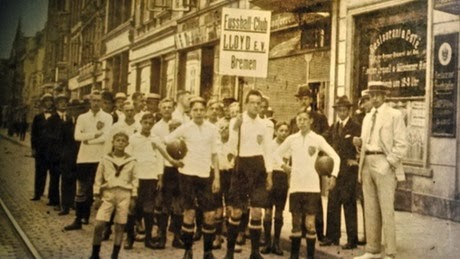 GVC (Netherlands)
Wageningen based GVC (Go Ahead-Victoria Combination) are one of Netherlands oldest clubs, formed in 1903 as a merger of Go Ahead (founded 1886) and Victoria (founded 1889). In the seasons 1910-1911 and 1911-1912 GVC were runners up to Sparta Rotterdam in the national championships. The games were held in Het Houten Stadion.

Werder Bremen (Germany)
Founded in 1899- the Green-Whites were founder members of the DFB (1900). 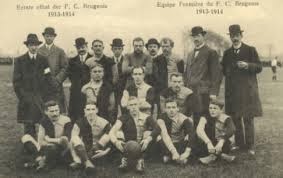 West Norwood  (England)
This tournament teaches us much about the gulf in class between English and continental football at the time. Although London's West Norwood had employed professional players since 1903 they were in the Isthmian League and the season had seen them finish bottom with a record of p 20 w 3 d 3 l 14. They had last played in the FA Cup in 1906- 07, losing 9-1 to Accrington Stanley of the Lancashire Combination. They did however win the London Senior Cup that season. West Norwood were badly affected by the relatively successful Crystal Palace moving into their neighbourhood.
The club had originally been formed as Stanley FC in 1887. They became West Norwood in 1889. Having played in a variety of locations in south London they settled at Herne Hill. In 1915 Crystal Palace of the Southern League took over this stadium and West Norwood slipped into decline.

1914
West Norwood returned to defend their title, Ajax again hosted. The other participants were:

Groningen VC   (Netherlands)
West Norwood notched up a second successive victory over Ajax. Their showing in the  Isthmian league had also been improved- 10th out of 11 ( p 20 w 4 d 3 l 13).


Special thanks to Mark (www.voetbalkroniek.nl) for help with missing results.