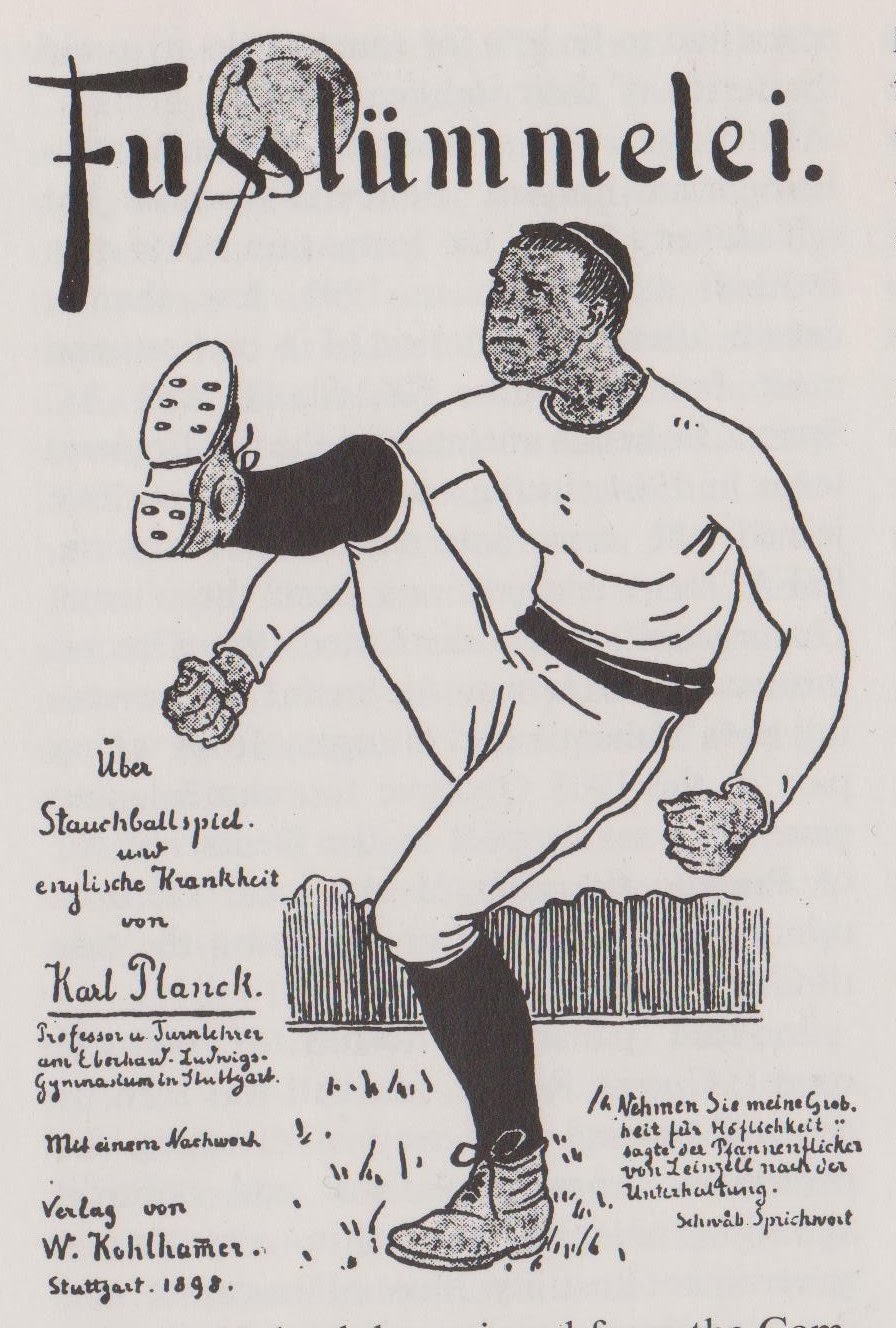 Karl Planck was a leading member of the German Turnen movement that championed gymnastics and drill as being healthy Teutonic recreations. Planck and his followers were alarmed that German youth was taking to football. He published this anti football tract- Fusslumelei- uber Stauchballspiel und englische Krankheit  (Football Loutishness- on the upsetting ballgame and the English disease).
The English disease that Planck alluded to was rickets- the popular image that 19th century Germans had of the English was of the malnourished proletariat.  Planck believed that gymnastics would elevate man to his destined superman status, whereas football would reduce him to the level of the apes.
The text opens with the word Podobootismus, a term coined by the writer Theodor Vischer to describe his distaste at the introduction of the primitive into refined society.

If you read German the text is available on Google Books. If you have rickets , my condolences.