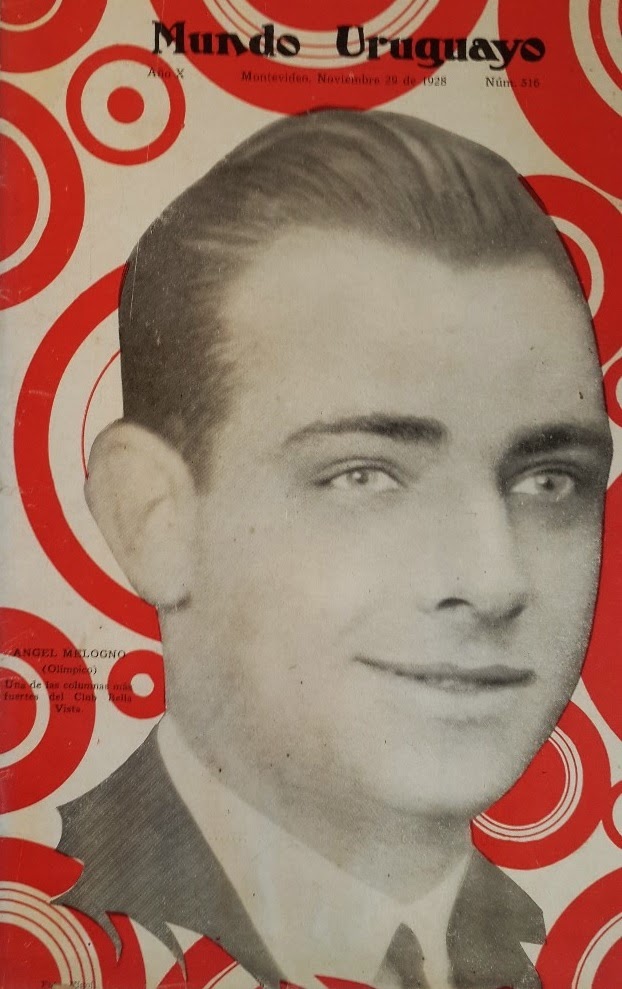 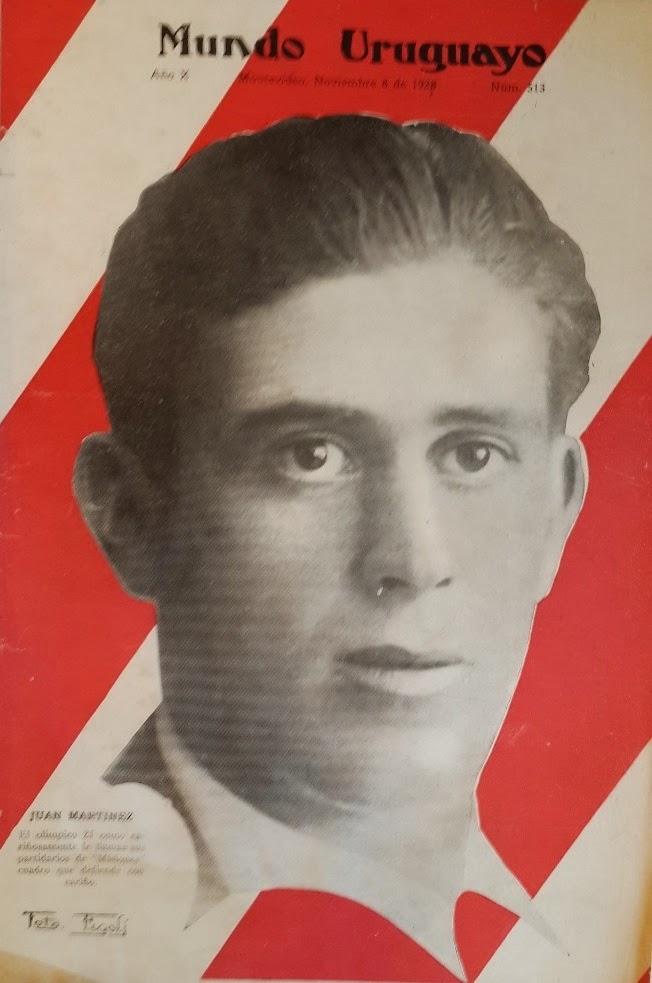 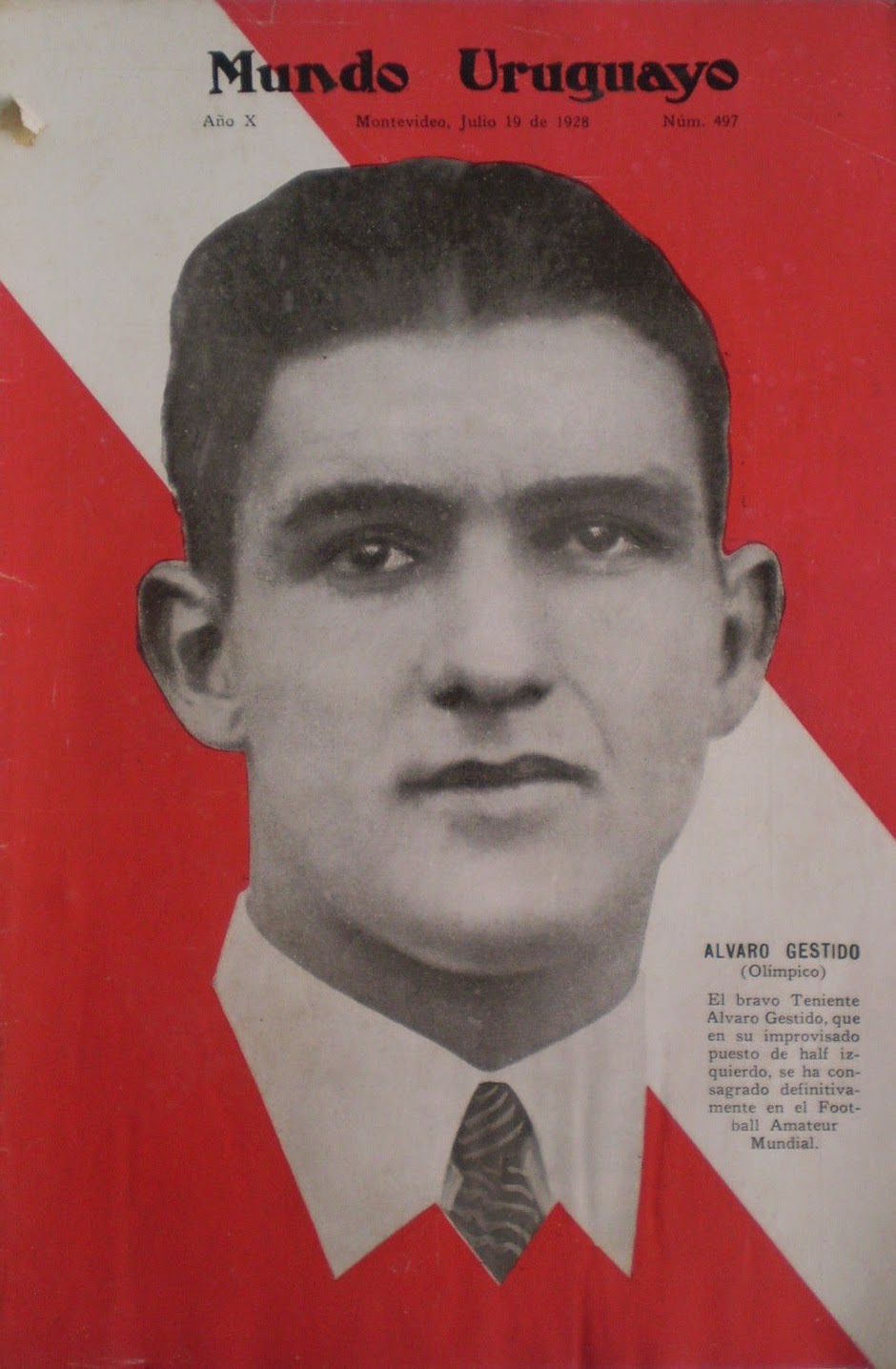 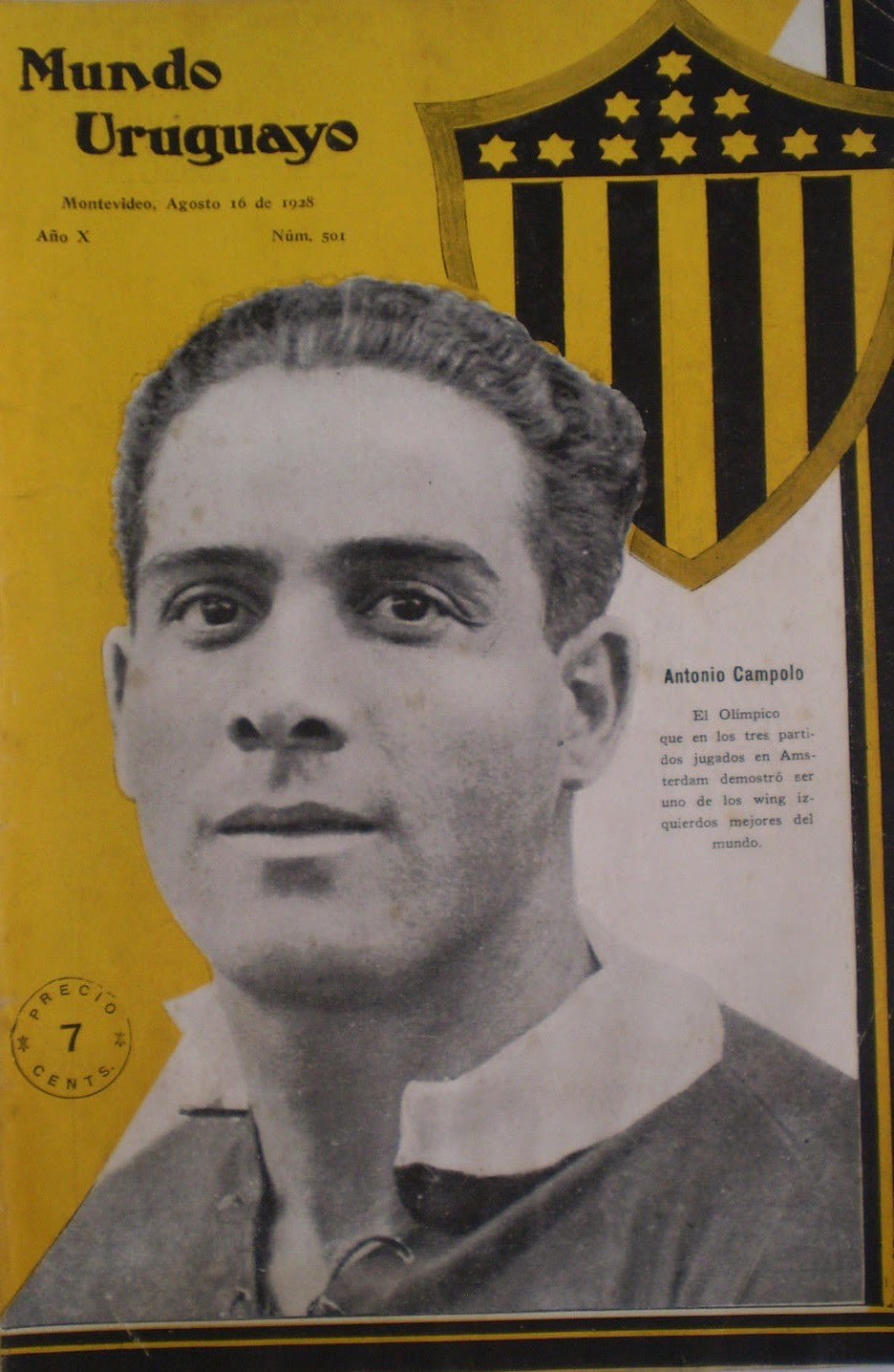 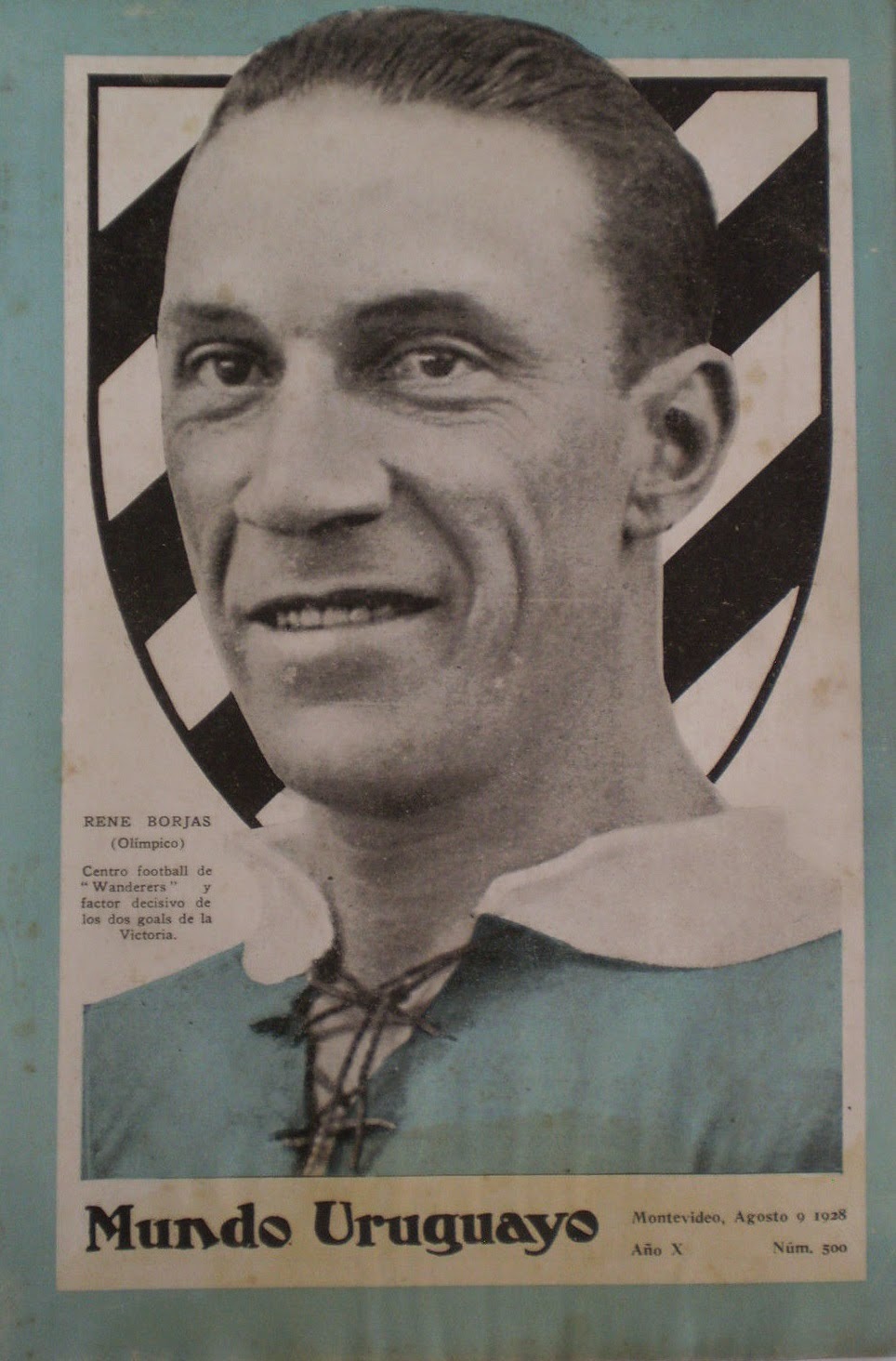 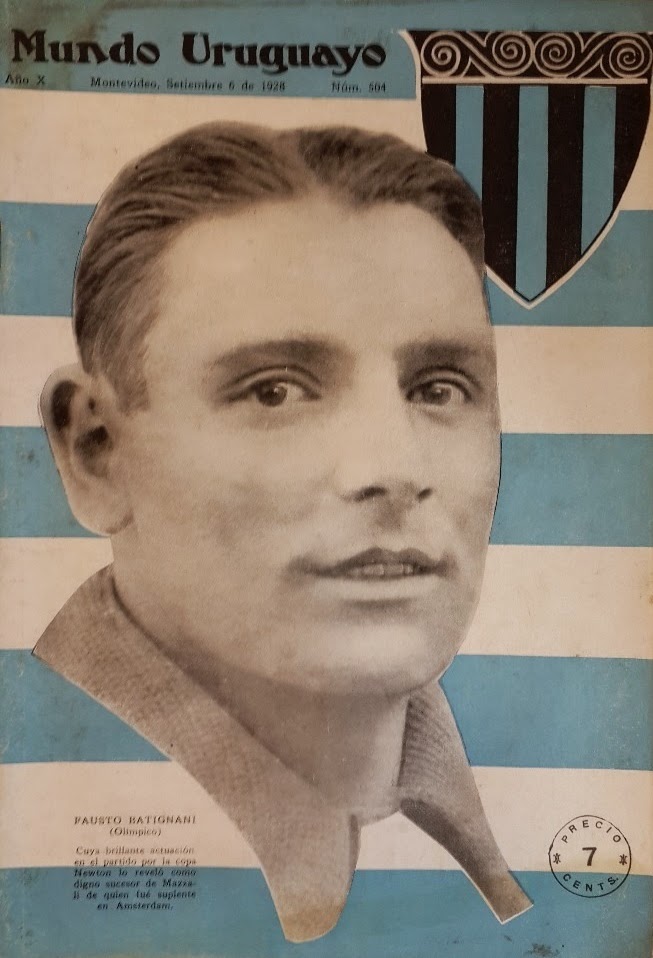 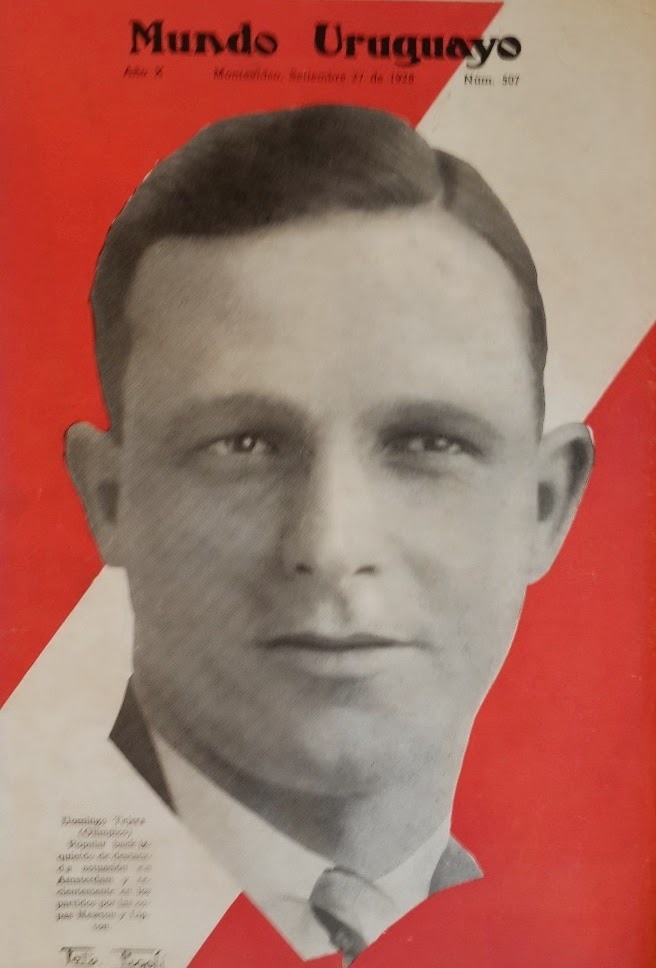 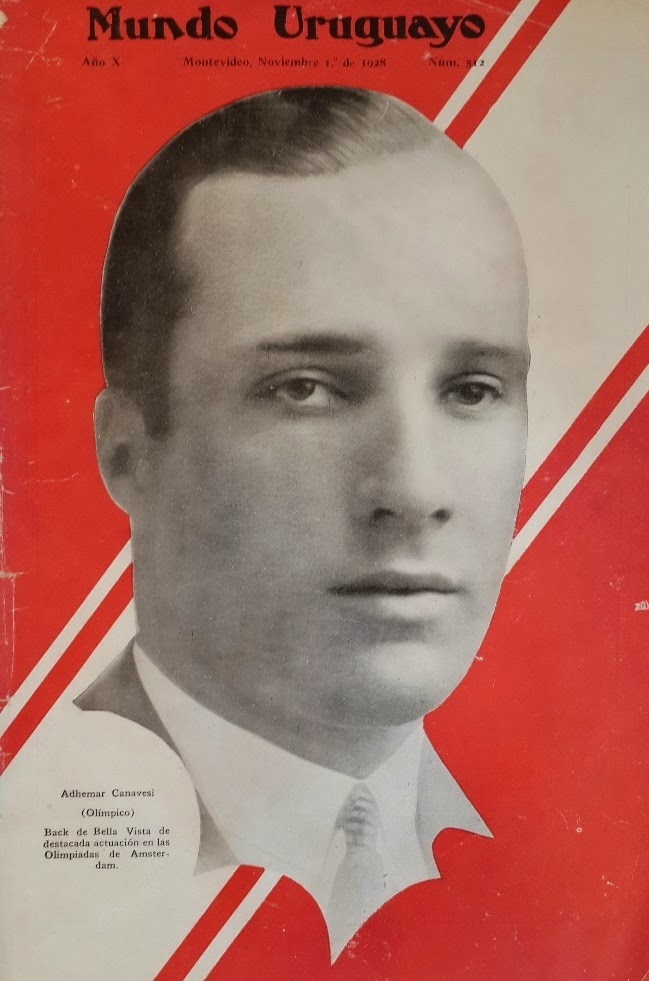 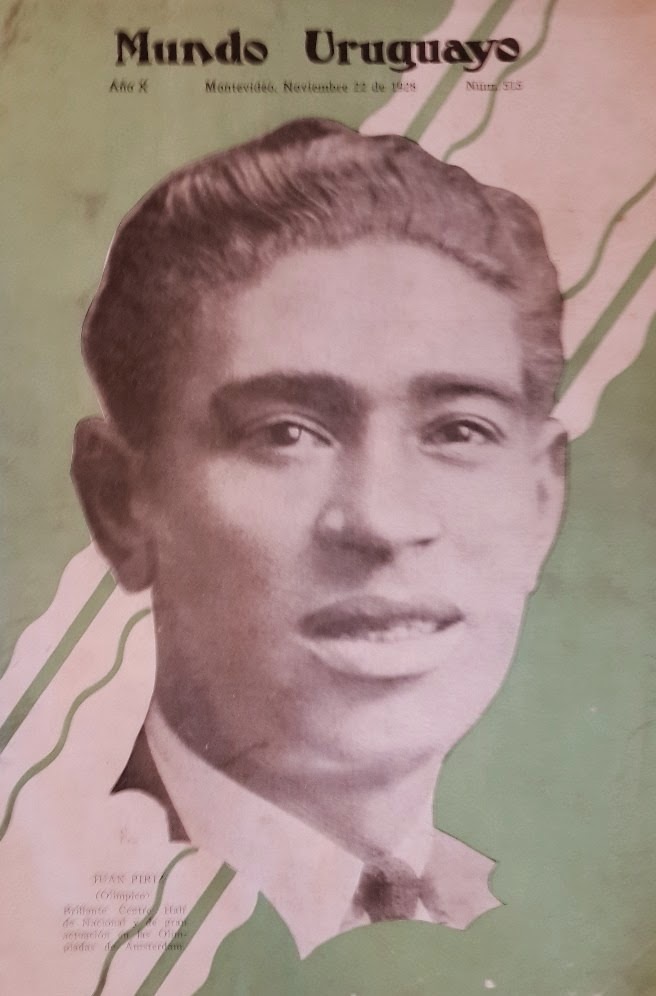 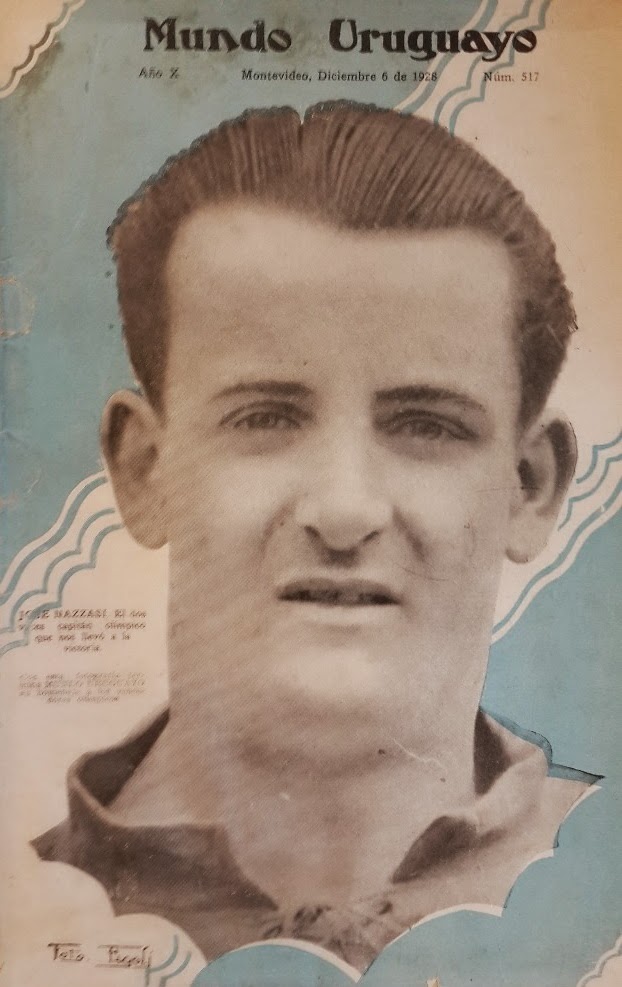 During 1928 the magazine Mundo Uruguayo featured these lovely art deco inspired covers showing players who had been a part of the Olympic gold medal squad.
Juan Martinez is included (most records show him as Eduardo Martinez)- Martinez was known as the 23rd Olympian- he was sailing as a replacement for Andrade. Andrade however, relented from his earlier refusal to travel and displaced Martinez from the squad.
Of the players pictured Nasazzi, Gestido, Campolo,  Píriz and Borjas played in either the final or the replay.