Gone but not forgotten- Middlesbrough Ironopolis 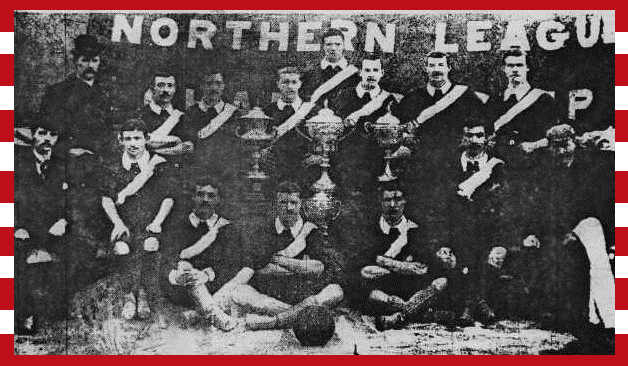 Ironopolis - City of Iron- was how Middlesbrough was known during the great  age of industry in the 19th century.
Middlesbrough Ironopolis Football Club came about following a desire by some members of amateur Middlesbrough Football Club to establish a professional side . Whereas Ironopolis was formed as a splinter group from Boro, the 2 sides actually made their professional debuts within weeks of each other.   Ironopolis' players were 'bought to order' (all in the space of 3 days reportedly).
The Nops were very successful in the Northern League- they joined in 1890-91 and promptly won the title 3 seasons in succession.
In 1892 there was a brief union as Middlesbrough and Ironopolis Football and Athletic Club submitted a joint application to the Football League. When this was unsuccesful the partnership was soon dissolved.
Ironopolis were elected to the League in 1893 and added Middlesbrough to their name.
They had entered the FA Cup every year since their formation and in 1893 reached the quarter finals.

Ironopolis resigned from the League after a season and wound up shortly afterwards. The club had become financially unsustainable.
They were entered for the preliminary round of the FA Cup in September 1894 and the remnants of the workforce played friendlies as Middlesbrough Strollers.