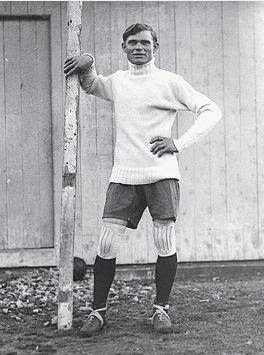 The elegance of Argentine goalkeepers during the 1920s and 30s is a subject we have touched on before.
This photograph shows how Juan Botasso continued that tradition. Botasso was just 1.69 m.
Remarkably his only 2 international appearances were a World Cup semi final and final.
Botasso inspired a Tango, Cortina Metálica (metal curtain)  composed by Padula and Zamora.

Bottaso played for Argentino de Quilmes (1927-1930) before joining
Racing Club de Avellaneda. After 8 years with Racing he returned to Quilmes and played a further 8 seasons in the second division.