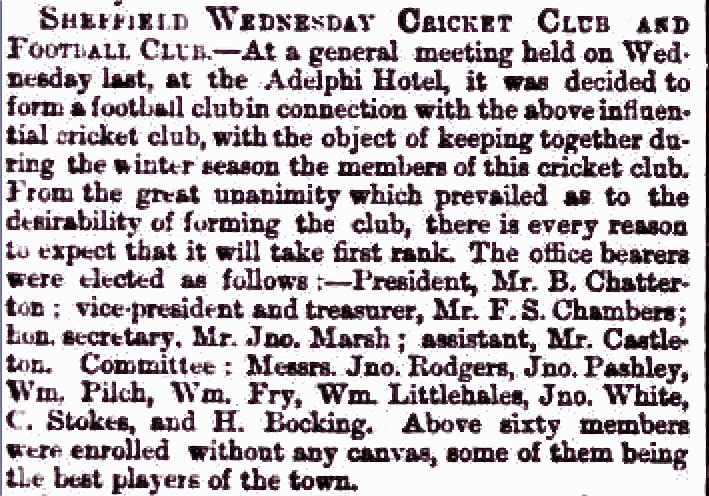 The birth of a great Association Football club is recorded in the press of 1867, although their earliest seasons, as we can see from the brief report of their first match above, were played under Sheffield Rules.


In 1868 the club won the Cromwell Cup.
Association Rules were adopted exclusively in 1878 by which time The Wednesday as they were officially known, had employed the services of the first ever professional footballer, the Scotsman J.J Lang.


Wednesday won The Sheffield and Hallamshire Senior Cup in its inaugural season (1876–77).
It was in 1887 that Wednesday finally became an openly professional club. 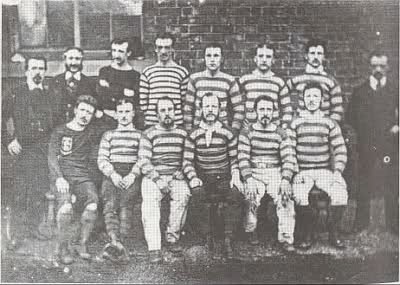