Piendibene. spent 20 years (1908-28) as a player with Peñarol. He has been credited with being responsible for the second stage in the evolution of Uruguayan football- whereas Juan Harley laid the foundations with the short passing Scottish , Piendibene added the dribbling and flair that completed the  cartachteristic Uruguayan style.
Piendibene played over 500 games for Peñarol, scoring 250+ goals. He represented Uruguay 40 times (1909-23), scoring 20 goals, including a record 17 in matches against Argentina. 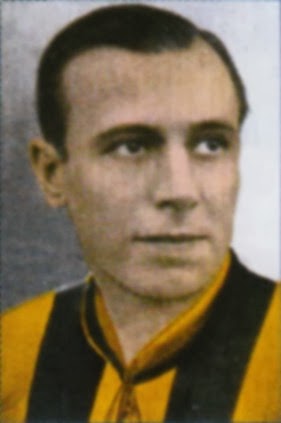