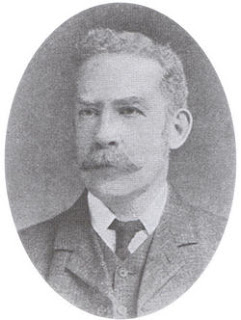 For myself, I would take no objection to hooting or groaning by the spectators at decisions with which they disagree. The referee should remember that football is a game that warms the blood of player and looker-on alike, and that unless they can give free vent to their delight or anger, as the case may be, the great crowds we now witness will dwindle rapidly away
John Lewis, The Much Abused Referee (1906)


John Lewis had a long and varied career in football, his 5 decades of devotion to the game seeing him feature as a player, a referee and an administrator. He held senior positions ( vice-president) of both the Football Association and the Football League.

Originally from Shropshire, Lewis moved to Lancashire at the age of 20, and played for Darwen, then the leading club in the north west. 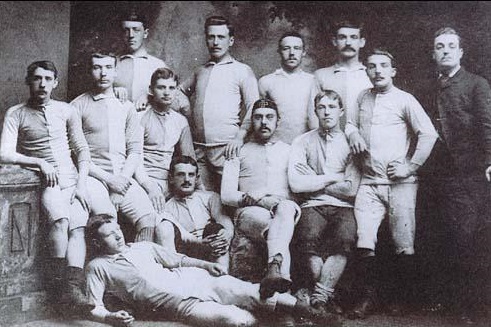 The club with which Lewis is most closely associated though is Blackburn Rovers.
On 5th November 1875, along with Old Salopian Arthur Constantine, Lewis organized a meeting at the St Leger Hotel in Blackburn at which  Blackburn Rovers Football Club was founded. Lewis was appointed as treasurer, and was in the XI when Rovers played their first game on 11th December 1875.
During the early days of Blackburn Rovers Lewis still turned out for Darwen, although by the end of the 1870s the two clubs had become bitter rivals.
In 1878 Lewis was actively involved in the founding of the Lancashire FA.
It was the next phase of Mr Lewis' career for which he is best known, and which provides the reader with the most entertaining and enlightening insights into football in the late 19th and early 20th centuries. His playing days behind him,  Mr Lewis became  'Prince of Referees'.
He was a puritan who swept aside all who confronted him with boundless energy and unflinching honesty  (Inglis 1988). This of course, often brought his into conflict with spectators, clubs and players.  He abandoned matches in which players misbehaved, suspended matches at which crowds were disorderly, and thought nothing of leaving the field to confront spectators who pelted or abused him.
Mr Lewis, known as 'Honest John', devoted every penny of expenses paid to him as a referee to charity and was a fervent teetotaller.
He refereed the FA Cup Finals of 1895, 1897 and 1898. He frequently refereed on the continent and took charge of the 1908 Olympic Final.
Mr Lewis was widely recognized as the leading referee of his day, but unsurprisingly was acquainted with controversy.

His handling of  the 1898 FA Cup semi-final replay drew complaints from the losers, Southampton. Saints were leading Nottingham Forest with ten minutes left to play when Mr Lewis took the players off due to blizzard conditions. He then restarted the match despite the  weather worsening, Forest scoring twice in the last few minutes. 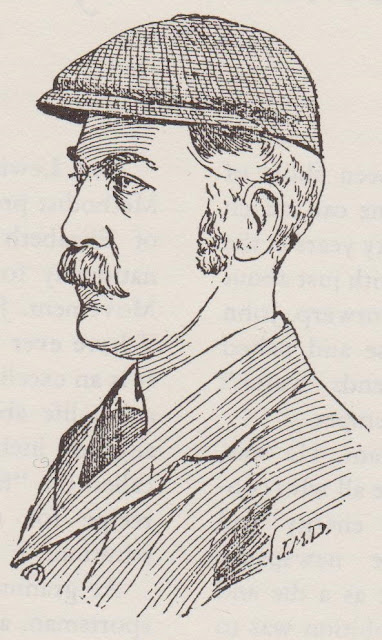 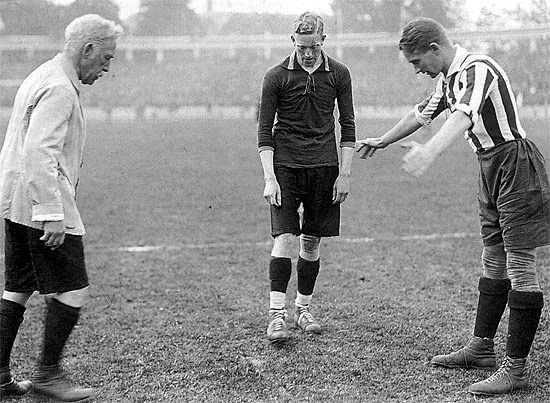 Trouble ahead...Mr Lewis oversees the toss in the Olympic Final of 1920 with  Émile Hanse and Karel Pešek.

Mr Lewis had the misfortune to referee one of the most notorious matches in the history of international football. He was 72 at the time! Taking charge of the 1920 Olympic gold medal match between hosted Belgium and Czechoslovakia (assisted by 2 ex England internationals, A.E Knight and Charles Wreford-Brown), Mr Lewis awarded Belgium a penalty in the 6th minute, there was also some dispute over a second Belgium goal on the half hour. When Mr Lewis sent off Czech left back Steiner in the 39th minute the Czechs walked off and the match was abandoned.

See:
League Football and the Men Who Made it by Simon Inglis