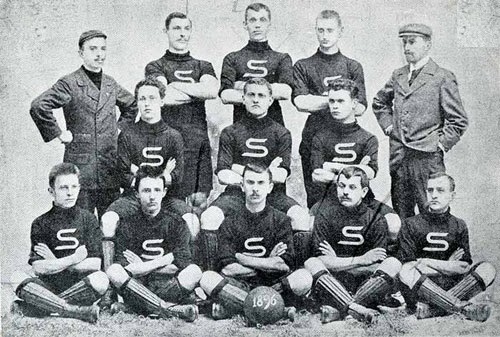 
* After two defeats AC AC Praha withdrew and the match with Sparta was never played.

Kickers, who were heading for trouble, did not defend their titile, and their place in the Prague Quartet was taken by the club for Prague's German population- DFC Prag. DFC stood for Deutscher Fussball Club.

DFC averaged 6 goals a game in winning the title, whilst Slavia failed to score at all.

Spring 1897.
Český Sculling CA (in fact CFK Kickers under a new name) took the place of AC Praha.  Sparta also withdrew and the 4th place went to Slavia reserves. The tournament took another turn for the worse when DFC withdrew without playing a match- the other teams were each awarded 2 points. Slavia (first team) secured their first title.

Autumn 1897.
Český Sculling provided 2 sides for the autumn tournament, which saw the return of Sparta. Not all results of this tournament are known.

1898.
The first of the lean seasons- only Slavia and AC Praha entered the competition and a 2-0 win saw Slavia crowned champions. 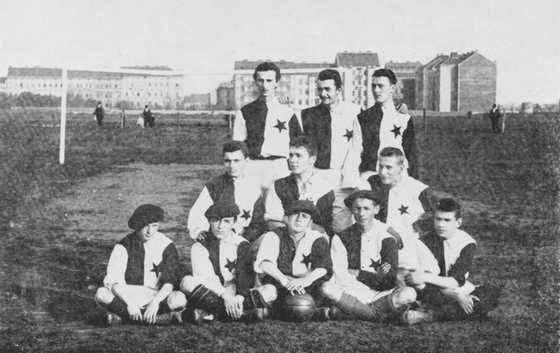 1899
An even worse turn out- just Slavia entering- the firsts beat the reserves 6-1 to retain the title.
1900
A repeat performance- Slavia playing their own reserves for the championship. On this occasion they handed them a 9-1 drubbing.

1901
The semblance of normality returned with a 4 team competition (Slavia providing 2) but the games were not completed. A debut season for the 2 year old ČAFC Vinohrady (now known as ČAFC Praha) and SK Union Žižkov.
Slavia beat their reserves 11-6 and then beat Union Žižkov 10-1. The one other match completed saw
ČAFC Vinohrady beat Union Žižkov by a modest 2-1. The title was awarded to Slavia.

1902
A remarkable leap forward. The competition which had been relying on just a handful of clubs for its survival now took the form of a two division league with 18 participants:

The second placed teams in each group played off for 3rd place, ČAFC Vinohrady B beating Slavia 5-0.