The pioneers of football in foreign lands.
That was how Everton director EA Bainbridge boldly described his club with reference to their tour of 1909. Everton and Tottenham Hotspur had visited Austria -Hungary together in 1905, and now Sir Frederick Wall, chairman of the Football Association, invited the same two clubs to undertake a tour of South America.
The tour was to last 9 weeks including 3 weeks of travelling and 20 days in South America, leaving Southampton for the 14,000 mile voyage on 14th May and returning from Buenos Aires, Argentina, on 25th June.
There were one or two hitches- Tottenham actually missed the ship and needed to charter a tugboat to catch it up in the Solent. Also, as a cost cutting measure, the players had been downgraded to second class (but not the officials of course). 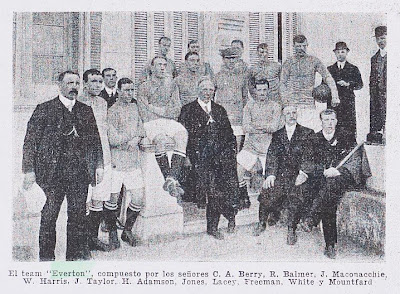 Everton during the tour 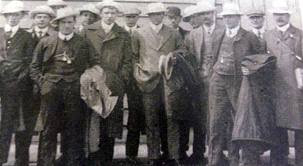 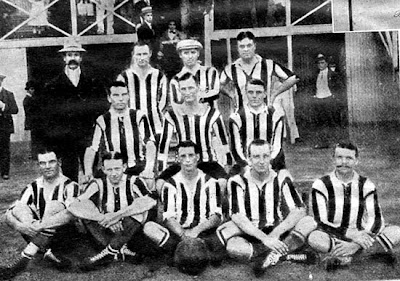 
6.6.09   Everton 2 - Tottenham Hotspur 2 - this exhibition match, watched by 10,000 including the president of Argentina, was played just hours after the teams arrived in Buenos Aires.

The tour provided a profit of “£300 for the benefit of football in the Argentine”, and some inspiration for advertising: 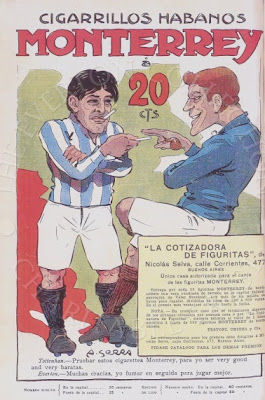