A 1919 newspaper report-at the instigation of British Diplomat William Haigh, the Football Association have presented the Japanese with a silver trophy.
This will go on to serve as the original trophy for  the All Japan Championship Tournament .
A knockout competition based on the model of the FA Cup, the initial tournament attracted only 4 entrants. By 1925 there were upwards of 40 entrants with regional winners progressing to the finals.
Japanese football was strictly amateur.
The teams were largely drawn from educational establishments or 'Old Boys' clubs. Some were what we might call 'city selections' drawn from a number of smaller clubs. 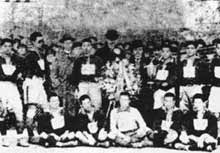 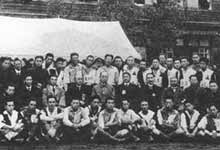 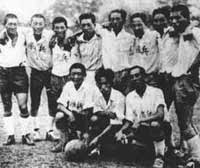 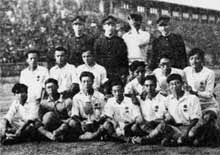 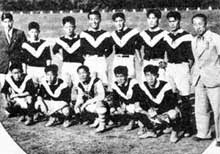