A lovely, dynamic poster from the pre Civil War era. A balletic Valencia player heads the ball under pressure. 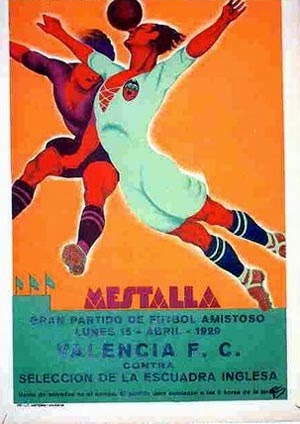 A friendly in April 1929 against a selection from The Royal Navy. The Navy were great ambassadors for football, and there are records of them playing numerous matches in Spain in the 1920s.

Valencia used this poster throughout the 1920s and 30s. The games advertised were played at the Mestalla. Inaugurated in 1923 the grand stadium was developed during the 20s, the capacity growing from 17,000 to 25,000. During the Civil War the ground fell into disrepair when it was used as a prison camp. 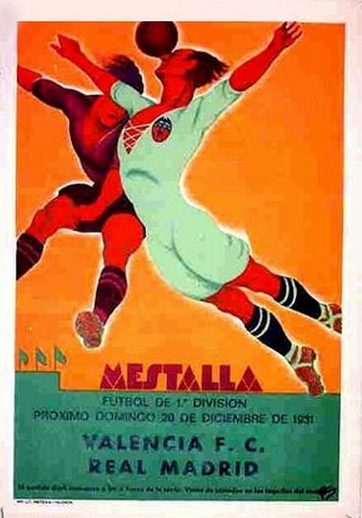 This match ended in a 1-1 draw. Real Madrid were officially Madrid Football Club at the time, as Spain was a republic. Madrid went on to win the title. 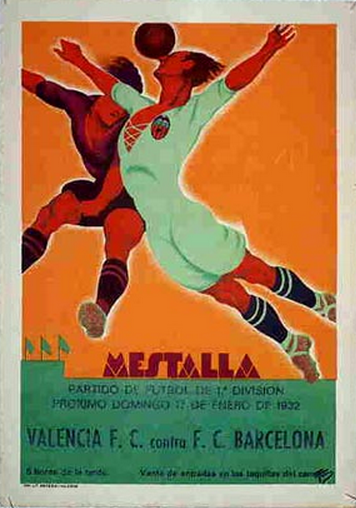 A 0-0 draw was the outcome of this match. Barcelona finished 3rd in the league, and Valencia 7th (from 10), 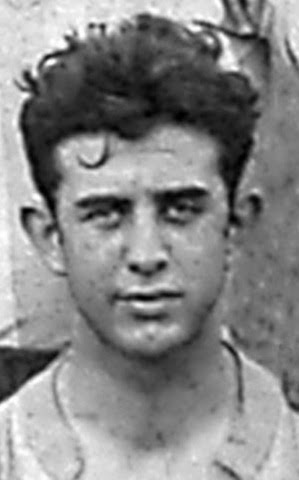 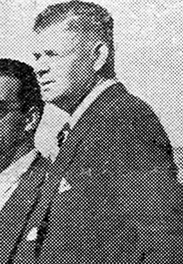