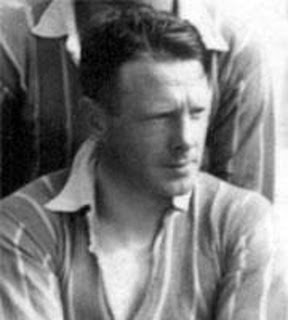 Liverpool born Harry Welfare started his career with Northern Nomads F.C. After getting 35 goals in a season he signed as an amateur for Liverpool, making his debut in 1913, scoring one goal in his 4 first team appearances. He was a centre forward, an impressive 1.91 m  (6 ft 3) and was renowned for his vigorous charges on goalkeepers.

In  July 1913 Welfare moved to Rio de Janeiro in order to become a teacher at an Anglo-Brazilian boarding school. One of his teaching colleagues,  J.A. Quincey-Taylor had connections with the rather swanky Fluminense Football Club.
Welfare soon joined  Fluminense and made his debut in Brazil for a Rio select XI against Corinthians (England), on their second tour of Brazil. He was one of the goalscorers as  Corinthians suffered their only defeat of the 6 match tour.
In 1914 Welfare  topped the  scoring in the Campeonato Carioca. The Liga Metropolitana questioned his amateur status, and Liverpool provided a testimony that he had never been a professional in England.
Welfare scored 163 goals in 166 matches for Fluminense ( third leading scorer in the club's history), winning the Campeonato Carioca 4 times (1917, 1918, 1919, 1924). In 1927, aged 37, Welfare joined Vasco da Gama, a club that occupied the opposite end of  Rio football's social scale, being traditionally associated with poor working class and black players. He moved into coaching, and led Vasco on a tour of Spain , where two of  the black players (Fausto and Jaguaré)  were taken on by Barcelona.
Welfare enjoyed ongoing success as manager of Vasco as Brazilian football moved into the professional era.