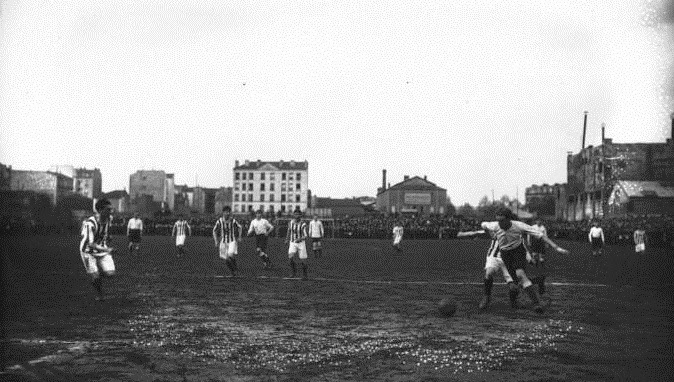 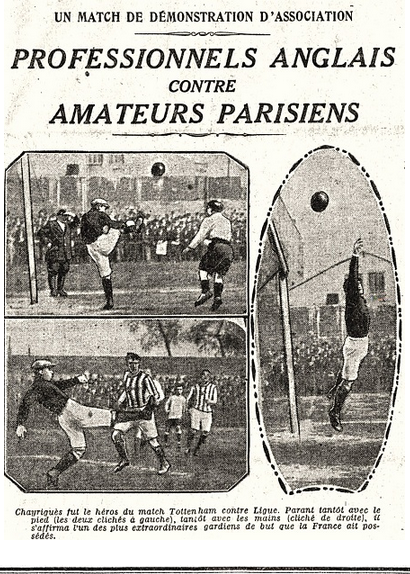 In May 1913 the French team Red Star (known at the time as Red Star Amical) played hosts to Tottenham Hotspur. Tottenham had finished the season in 17th place in the First Division. Red Star had come second in Ligue de Football Association. 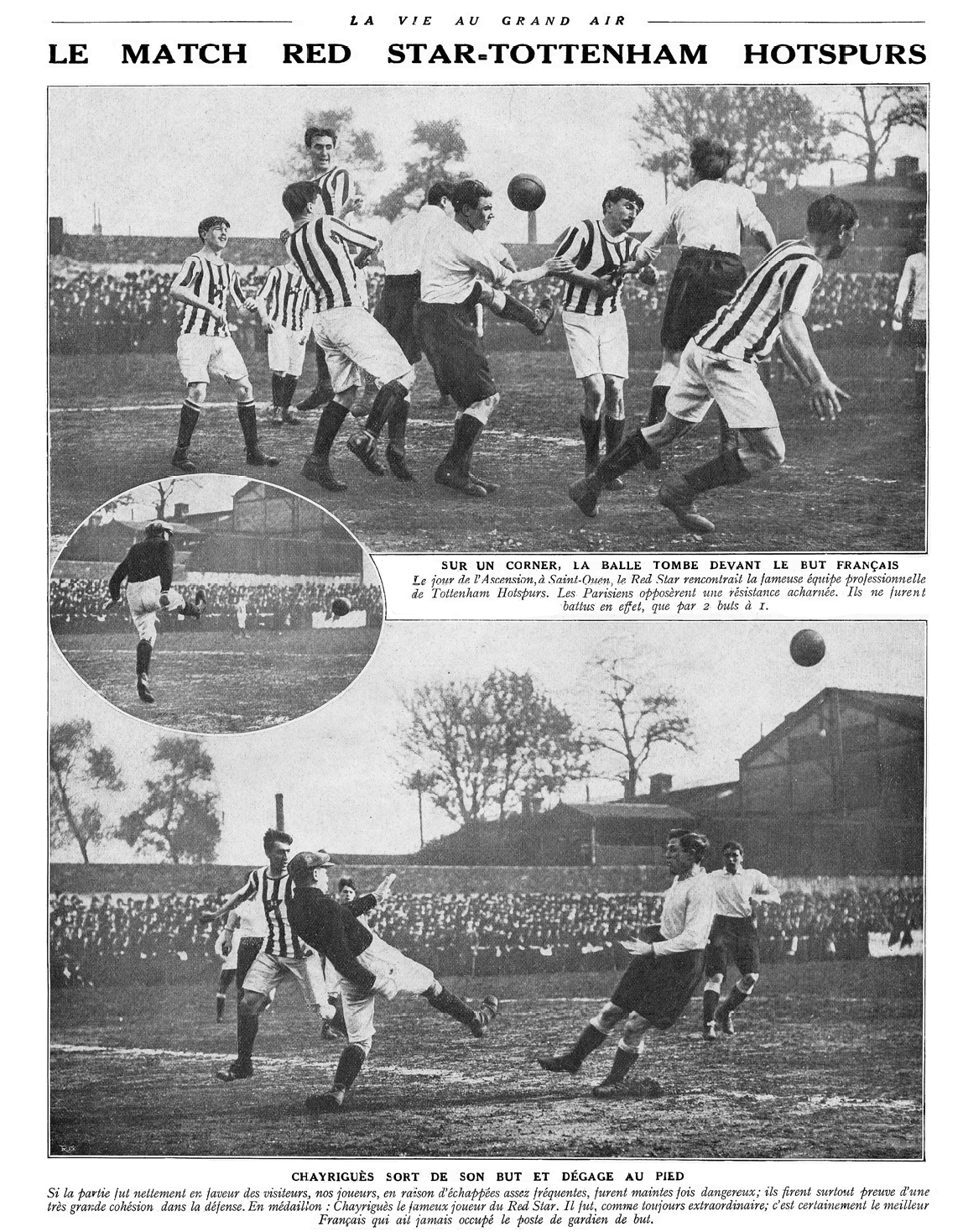 In the first match Red Star were 1-0 up. Their outstanding player, celebrating his 21st birthday, was goalkeeper Pierre Chayriguès. Tottenham came back to win 2-1 despite the dubious efforts of a (local) referee who disallowed 4 goals.
In the rematch Tottenham were comfortable winners by 9-0. 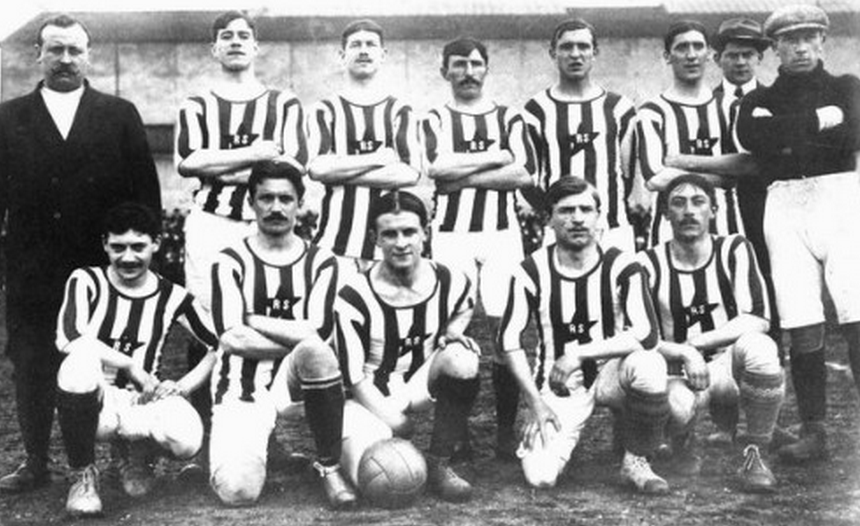 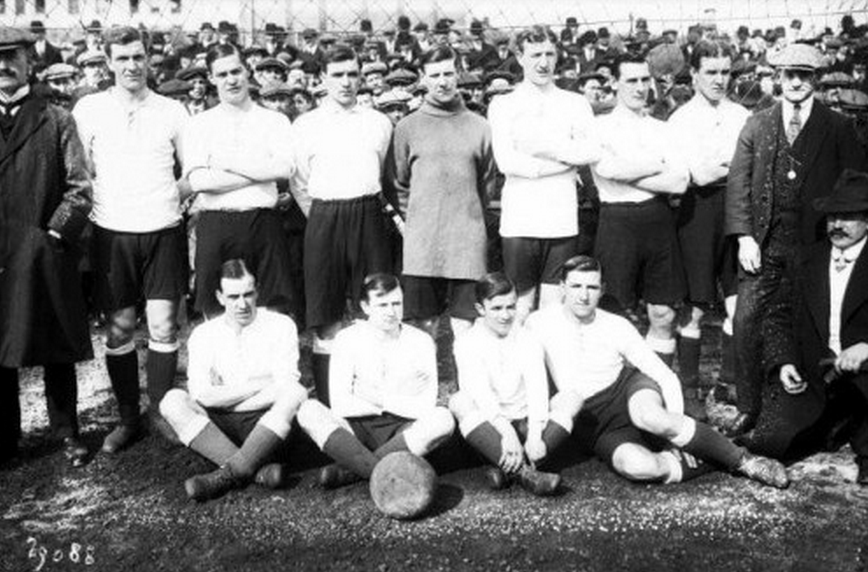