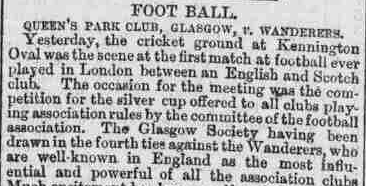 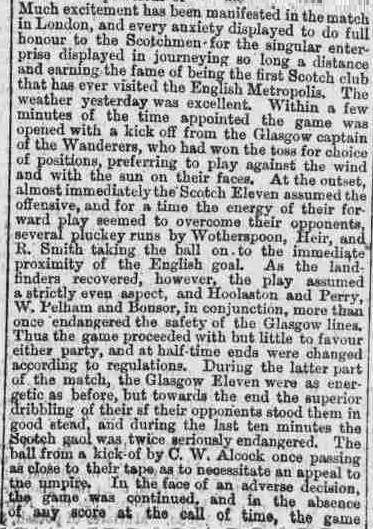 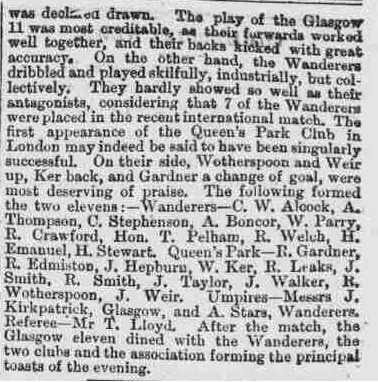 Given that the teams representing Scotland in the Alcock Internationals were made up of  'London Scotsmen' or others with more tenuous Scottish connections this FA Cup tie represents the first 'international' fixture in Association football history.

The Wanderers team list only includes 10 names, though ‘Hoolaston’ (Woolaston) is mentioned in the report. By my reckoning 8 of the Queen’s Park XI became ‘official’ Scottish internationals (if we accept  that ‘Leaks’ is Leckie).


Four of the Wanderers side gained official international recognition for England.