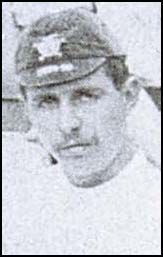 James Forrest won his first international cap for England against Wales on 17th March, 1884. England won 4-0. The following year he was selected to play against Scotland. Scottish officials complained as they argued that Forrest was a professional. At the time he was receiving £1 a week from Blackburn Rovers. Forrest was eventually allowed to play but, so the story goes, he had to wear a different jersey from the rest of the team (I can't find any contemporary evidence to support this). Forrest is now acknowledged as being the first professional to win an international cap.
On March 15th, 1890 the England  side which beat Ireland (9-1) was the first national team to consist entirely of professionals.  This only happened 4 times in the 19th century.
The last time that England fielded an entirely amateur XI was in a 1-1 draw against Wales at The Queen's Club, Kensington on March 18th 1895.

As we have seen, the FA introduced an Amateur England national team in 1906. As well as competing in the Olympic Games, this team fulfilled many of England's overseas and international fixtures, and their matches are recognized by FIFA as full internationals. The first Amateur XI included 6 players who had been capped in the 'regular' England international  side. 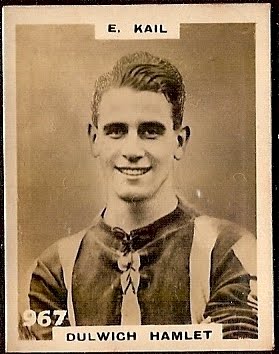 The last 'exclusive' amateur to play for England was Dulwich Hamlet's Edgar Kail.  He played in  England's defeat against Spain on May 15th 1929 in Madrid.

Bernard Joy of the Corinthians and Arsenal, earned his only cap and became the last amateur to play for the senior England team in the 3-2 loss to Belgium in Brussels on May 9th 1936.

The Sheriff of London's Charity Shield, a forerunner of the Charity Shield ( known now as the Community Shield), gave leading amateur club sides an opportunity to pit themselves against the pros. The professionals generally prevailed although a noteworthy exception occurred in 1904 when Corinthians beat FA Cup winners Bury 10-3!

There were also occasions when instead of the FA Cup winners versus the League Champions, The Charity Shield was played between England Amateur and Professional sides: