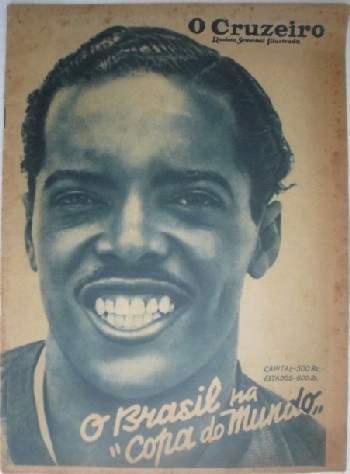 Many of the greater achievements of Leônidas da Silva came after the period covered by this blog. However, by 1937 he was already an internationally renowned star. Known as the Black Diamond or Rubber Man, he enjoyed  the limelight in Europe.
Leônidas  is often cited as being the creator of the Bicycle Kick. The first record of  Leônidas performing the manoeuvre was in a match between Bonsucesso and Carioca on 24th April 1932.  Leônidas attributed the invention of this move to Petronilho de Brito, the San Lorenzo forward who played 5 times for the Seleção between 1928–1935.
But Brazil is not the home of the bicicleta.

In other South American countries the feat is known as chilena, indicating that it originates in Chile.
I'm not one to contradict Uruguayan sage Eduardo Galeano. He states categorically that Ramón Unzaga invented the move. ( A Basque emigre playing for the splendidly named Club Atlético y de Fútbol Estrella de Mar of Talcahuano in 1914). One possibility is that the name came about from the Argentine press when Unzaga attempted a bicycle kick in Chile's match with Uruguay in Buenos Aires on July 2nd 1916.
Galeano goes on to say that the name chilena originates from the Colo Colo tour of Europe in 1927, when founder and captain David Arellano performed the feat to the amazement of Spanish crowds. Incidentally , Arellano tragically died on the tour as a result of an injury sustained in the match against Real Valladolid.
However, there is evidence that the bicycle kick actually originates in Spain.
El Noticiero Sevilliano and El Heraldo de Madrid both record that in the final of the Duke of Santo  Mauro Cup (the unofficial Championship of Andalusia)  played between Sevilla FC and Cadiz on March 22nd 1915, Sevilla's Spencer ( a pseudonym of Enrique Gómez Muñoz) scored an acrobatic volley with his back to goal. 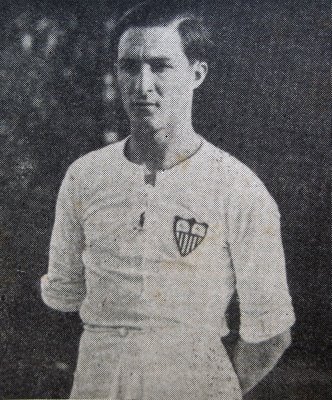 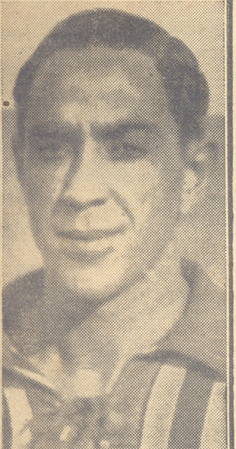 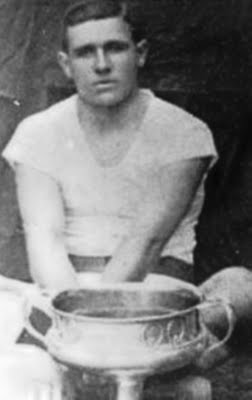