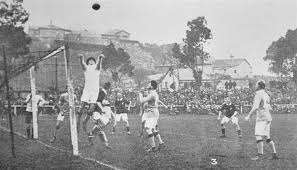 The governing body of Association football in New Zealand , New Zealand Football, was founded in 1891 (a year before the New Zealand Rugby Football Union!).
The first national representative team was fielded in 1904. Two matches were played against tourists from New South Wales:


New Zealand undertook a 16 match tour of Australia in 1923. They played 3 'test matches'.

In 1927 Canada visited New Zealand, playing  23 games, 4 of which were full internationals. 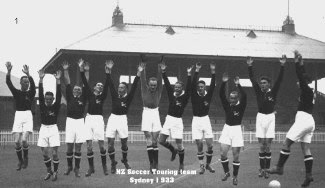 It was 6 years before New Zealand got another international. A 13 match tour of Australia included 3 international fixtures.


1936- Australia were establishing their dominance in Oceania football...

1937- Not official internationals but three matches against England Amateurs that expose something of a gulf in class.

A great site on the New Zealand game here...