Hibernians, Champions of the World.

Hibernians (pre 1892 there was a pluralizing s at the end) were victims of their own success.
Formed in 1875 as a club for Edinburgh's Irish community by Catholic priest Canon Edward Hannan, Hibernians were the model for a similar venture in Glasgow. When brother Walfrid  formed Celtic in 1888 they initially loaned a number of Hibernians players, many of whom later moved permanently to the Glasgow club.
Initially the Scottish Football Association refused Hibernians membership because they were Irish, not Scottish.
After this bit of foolishness had been rectified Hibernians won the Scottish Cup in 1887.
The week before the clash with Preston North End, Hibernians defeated Stoke 2-1. The origin of the World Championship billing is unclear. Preston North End might well have been one of the foremost clubs in England, but they were not, as is often stated, the FA Cup holders when this match took place.
The Glasgow Herald report of the match makes no reference whatsoever to a world championship billing, stating that the famous professional combination the Preston North End were, as in the previous year, opening their season with a tour of Scotland (see below). The Herald points out that Preston were weakened by absences, but had drafted in Trainer (Bolton Wanderers) Weir (Halliwell) and the newcomers Ferguson and the Goodall brothers.

McGhee put the home side in front in the tenth minute. In the second half McLaren doubled the lead with a swift low shot.After hitting the bar with a sitter, Archie Goodall pulled one back with a header. Hibs had a third goal disallowed for offside.
Hibernians: Tobin,  Lundie*, McLaughlin, Gallagher, McGinn, McLaren*, Clarke, Dunbar*, McGhee*, Groves*, Smith.
* Scottish Internationals 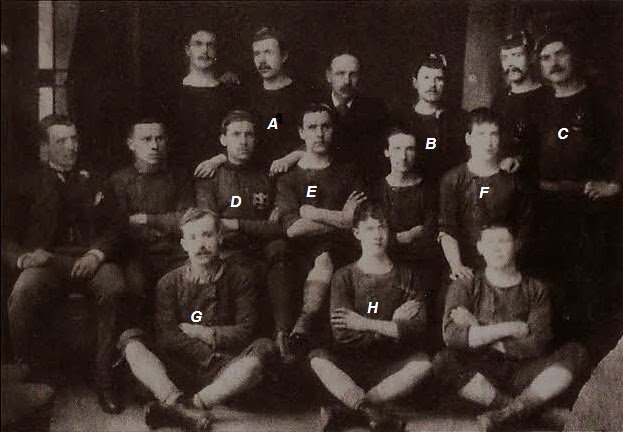