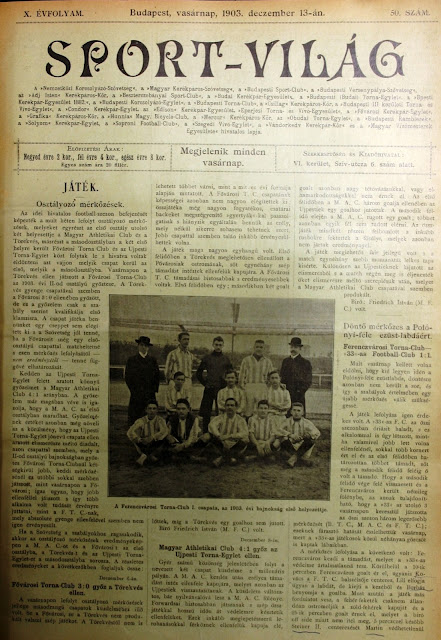 The precursor of the Hungarian Cup was the Ezüstlabda (Silver Ball). The knockout tournament was instituted in 1903. The trophy was to be retained by any club winning it either 3 times in succession or 5 times in total.
1903:

Ferencváros  therefore reached the final without playing a match.
The final did not take place until December...
And who can resist the story of a cup final which is delayed after the ball is booted into a river? The mighty Danube no less. The match between  Ferencváros and  33FC was played at Margitsziget , an island in the Danube on which stood Hungary's first (and at the time only) turf football pitch.  The first match was drawn 1-1 and in the early stages of the replay the ball found itself in the river. Ferencváros went on to win 3-0.
Ferencváros:
Oláh  ,Berán, Manglitz , Gorszky, Bródy, Lissauer, Weisz, Kovács , Pokorny, Novotny, Scheibel
scorers: Pokorny, Bródy, Kovács


The Ezüstlabda was contested over 7 seasons before Ferencváros took possession of the trophy having gained 5 wins. The finals were as follows: 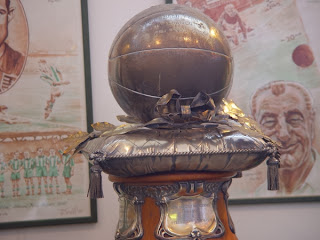 The trophy rests at Ferencváros