Darlington FC  goalkeeper Charles Samuel Craven organised a meeting at the Three Tuns Hotel in Durham for  March 25th 1889.19 football clubs from the counties of Northumberland and Durham were invited. The  Northern Football League (the second oldest in the world)  was formed as a result of the meeting. However, only 7 of the invited clubs decided to join the league.The teams that participated in the inaugural season were as follows:

St Augustine's  (Darlington)- The champions in the first season, St Augustine's were not among the clubs invited to the Three Tuns- Mr Craven thought them 'small fry', but this may well have been motivated by local rivalry. St Augustine's was founded in 1883 and was based in the Catholic community (St Augustine's was the church). By 1889 however they were fielding a strong team containing a number of Scottish professionals. They won the title on goal average, but despite attracting decent crowds to their Chesnut Grove ground they ran into financial difficulties and withdrew from the league at the end of the second season having finished bottom.The Saints made two returns to the Northern league Northern league but were never able to match their early success. They made 2 appearances in the qualifying rounds of the FA Cup- 1889-90 and 1901-02 and made the quarter finals of the F.A. Amateur Cup in 1903-04 and 1904-05.


Newcastle West End
1882 by members of West End Cricket club, the original tenants of St James' Park (from 1886). In 1892 they merged with Newcastle East End  to form Newcastle United. 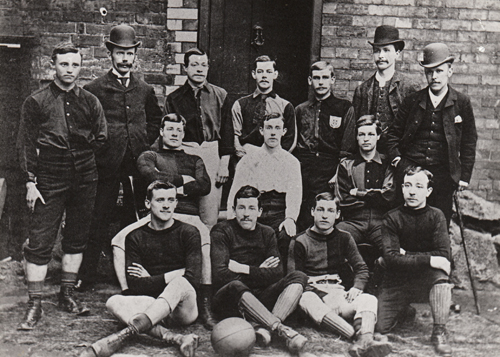 Stockton
Stockton
Doyens of the North East's amateur football scene from their formation in 1889 until their demise in 1975. 3 times F.A. Amatuer Cup winers and 5 times Northern Football League champions. 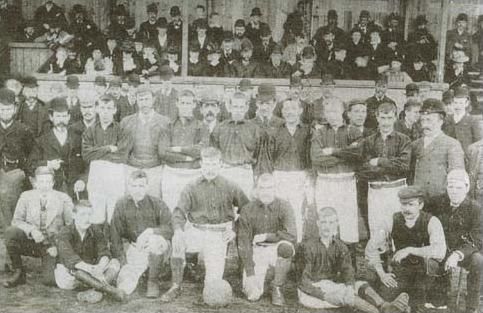 Newcastle East End
Newcastle East End
Based in Byker and formed by members of Stanley Cricket Club in 1881.  The merger with West End came about due to West End's financial problems, but St James' Park was the city's best venue, so the new team used that stadium.

Middlesbrough
Another cricket club offshoot founded in 1876. 1889–90 was Boro's first season as a professional club. They joined the Football League in 1899–1900 and currently play in the second tier of the English Pyramid. They were Northern League champions in 1893–94,1894–95 and 1896–97. Middlesbrough clubs dominated the Northern League in the 1890s, with Ironopolis winning the championship in the three seasons from 1891.

South Bank (Middlesbrough)
Founded in 1868 South Bank are one of the oldest association clubs in the North East. They were F.A. Amateur Cup winners in 1912–13.

Birtley (Chester-le-Street)
This was Birtley's only season in the Northern League.

Elswick Rangers (Newcastle)
This was Elswick's only season in the Northern League.