A director of the Basque club Arenas Club de Getxo first proposed a national league for the whole of Spain.
The Real Federación Española de Fútbol selected 10 clubs to make up the original Primera División: 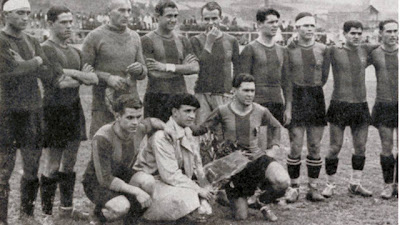 1928-29 Barcelona
No Camp Nou (les Courts) or Bernabau (Estadio Chamartín), but a familiar look to the top of the first ever La Liga table, with Barcelona beating Real Madrid by two points. 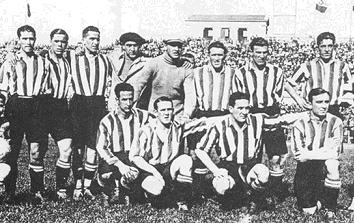 1929–30 Athletic Bilbao
Athletic Bilbao were to emerge as the dominant team of the era. They won La Liga by 7 points from Barcelona,with a goal difference of +35 in an undefeated season.

1930–31 Athletic Bilbao
Athletic Bilbao, Real Sociedad and Racing de Santander all finished the season on 22 points, but a goal difference of +40 ensured that Bilbao retained the title. 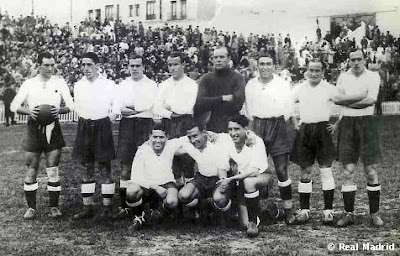 1931–32 Madrid CF (Real Madrid)
Madrid  (no longer 'Royal' due to Spain becoming a Republic) won La Liga for the first time, going through the season undefeated with 28 points.

1933–34 Athletic Bilbao
Having finished runners up to Madrid in the two previous seasons Bilbao turned the tables, scoring 61 goals in the process (goal difference +34). 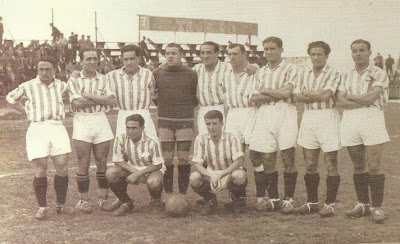 1934–35 Betis Balompié
La Liga was expanded to 12 teams.
Managed by Patrick O'Connell, (an Irish international who had played for The Wednesday, Hull City and Manchester United) the side now known as Real Betis won their only La Liga title to date.

1935–36 Athletic Bilbao
A return to form for  Athletic Bilbao. They beat reigning champions Betis 7-0 at home (Bilbao scored 4 or more goals in 7 of their 11 home games).
Betis finished only 7th as they lost players to more affluent clubs.
Real Oviedo's Isidro Lángara was top scorer for the third consecutive season (an aggregate of  81 goals in 61 league games).

The Fascist invasion of Republican Spain then led to The Civil War. Football was suspended and on its resumption in 1940 many surviving players who had supported the Republic were forced into permanent exile in South America.