Sheffield and England in the 19th Century...

The City of Sheffield was a major centre of footballing development , and its influence on the evolution of the Association game cannot be overlooked.  There were Sheffield men present in the England XI right from the very start. Charlie Clegg played in the 5th 'Alcock International' and also in the first official international in 1872. Clegg, who went on to be a massively influential administrator, later complained about the snooty attitude of his southern teammates.
During the 19th century 7 Sheffield based clubs had players capped by England:

Jack Hunter - in the 7 internationals in which he played England won only once and conceded 31 goals! He went on to lead Blackburn Olympic to FA Cup victory, being largely responsible for the professional approach they took to the game. 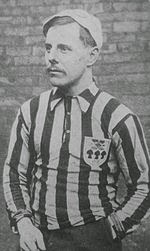 Billy Mosforth-The Little Wonder, often described as England's first working class player (more on this matter in the near future) and the first player to represent both Wednesday and Sheffield United. 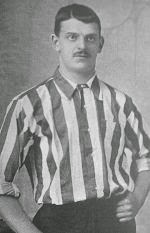 Raby Howell- the first Roma to play for England. 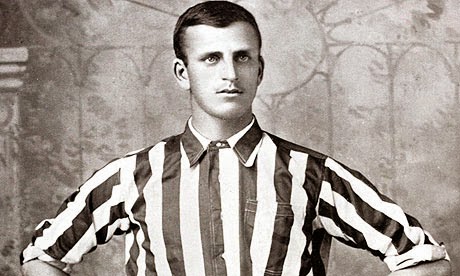