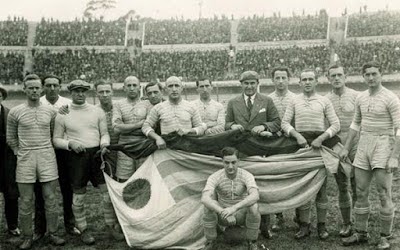 Hakoah All Stars with the flag of Uruguay 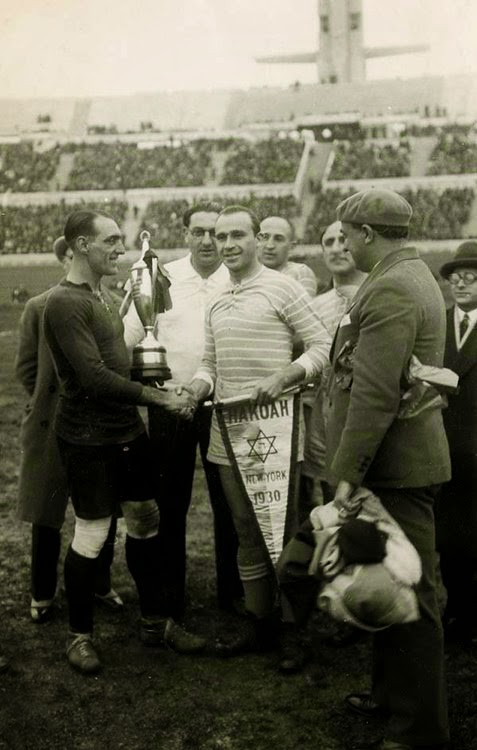 Bela Guttmann at the Estadio Centenario

There was a Jewish Sports club based in New York as early as 1921 (Maccabean Athletic Club).
In July 1926 The Hakoah Athletic Club formed, joining the  International Soccer League of New York, the Empire State League and the German-American League.
The club was modeled on Hakoah Wien.
Hakoah Wien had enjoyed a successful visit to the USA in May 1926, and a number of the players were attracted to life there.
These players, many of whom had represented Austria, Hungary and Czechoslovakia, were central to the development of  2 clubs, New York Hakoah  and Brooklyn Hakoah. Both clubs enjoyed success and merged in 1930 to form Hakoah All-Stars.

Touring was a lucrative business, and in 1930 Hakoah had 3 offers to consider- Australia, Europe and South America.
They settled for South America.
I have found some records of the matches in Brazil which suggest that the squad was composed as follows:


Not a great success then, an abundance of draws.

Guttmann would return to Uruguay , Brazil and Argentina after the War as a manager, most notably with Peñarol.