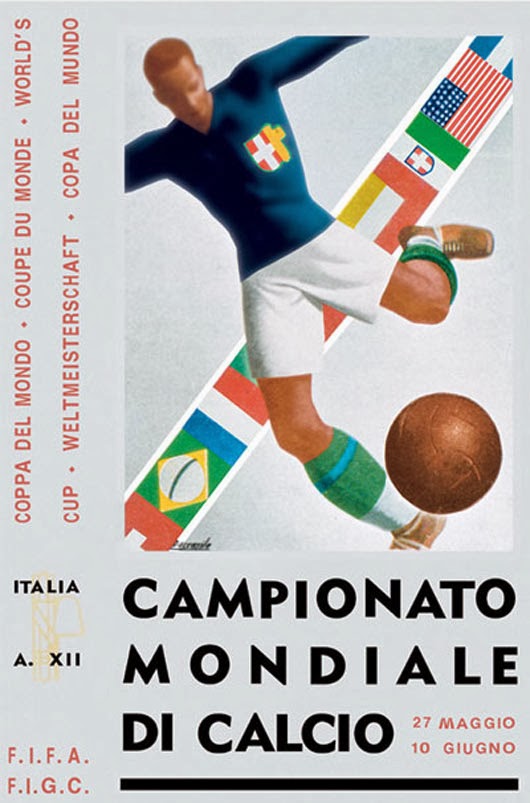 If, like me, you come from a country that falls in to the category of  international minnows, World Cup Qualifiers is a phrase that conjures up memories and expectations of frustration or humiliation. We watch the big countries contesting the prizes whereas to us even qualifying for a major tournament would be like lifting the World Cup itself.
The Qualifying process was introduced by FIFA  for the 1934 tournament, 32 teams entering (FIFA had more sense then, and limited the finals to 16 teams for the purposes of logistics and quality).
So, let's look at the first 16 teams to experience the ignominy of  'not qualifying for the World Cup'.
Firstly, some absences can be explained by reason of not entering- England, Scotland, Wales and Ireland (ie Northern Ireland- Irish football history is complex) did not deign to enter. Bolivia and Paraguay who both featured in 1930, did not enter.Uruguay, World Champions- refused to enter in response to Europe's poor show at the 1930 tournament.
Italy, on the other hand, who have been accused of having the tournament virtually sewn up before a ball was kicked, had to qualify.

Group 1 was a northern European affair- Sweden progressed after beating both Estonia and Lithuania , who pragmatically decided not to bother playing their fixture as neither of them could qualify.
Group 2 pitted Spain against Portugal. A 9-0 defeat in the first leg ensured that Portugal missed out on the World Cup.
Group 3 was another 2 team affair- hosts Italy beat Greece 4-0 in Milan and Greece withdrew just to be on the safe side.
Group 4 saw Bulgaria withdrawing, making qualification for Austria and Hungary a formality.
Group 5- Czechoslovakia progressed after Poland withdrew after the first leg of their qualification tie.
Group 6- Yugoslavia were eliminated after defeats at the hands of Switzerland and Romania.
Group 7- The Irish Free State (predecessors of the ROI) were grouped with the relatively hugely experienced Netherlands and Belgium and yet were eliminated only on goal average. 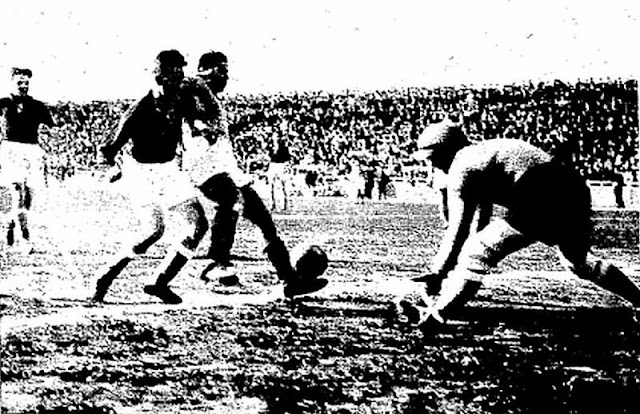 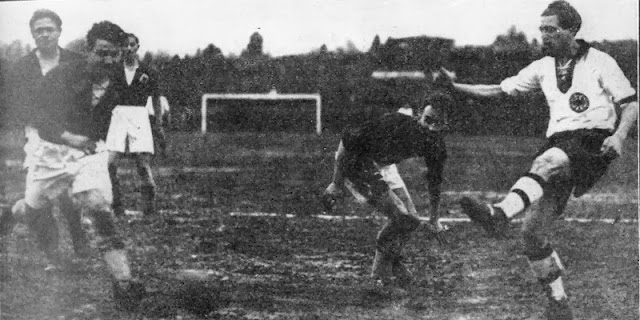 Group 8- probably the earliest 'minnows', Luxembourg were grouped with Germany and France. In fairness to the Red Lions they scored in both their games, losing 9-1 to Germany and 6-1 to France, who then didn't bother playing each other having already qualified.

South America
The 2  groups (9&10) were non events, Peru and Chile withdrawing, allowing Brazil and Argentina a clear route to Italy. Bolivia and Paraguay who both featured in 1930, did not enter. 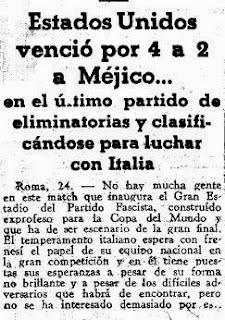 Mexico traveled to Rome and played USA in a play off to settle the final qualification place.
A 4-2 defeat saw Mexico eliminated.

Group 12 was a middle eastern arrangement. Turkey withdrew. Palestine, (British Mandate), forerunners of the modern Israel, were eliminated over 2 legs by Egypt.