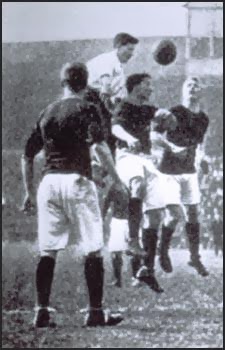 Woodward rises high to head at goal for Tottenham Hotspur

Vivian Woodward's career with the full England international side saw him play 23 matches, scoring 29 goals, between 1903 and 1911.
FIFA also give full international status to a further 30 matches that Woodward played, 24 for the England Amateur XI and 6 for the Great Britain Olympic team (effectively the England Amateur XI with a Union Flag sewn on their jerseys).
During the Woodward Era the amateurs played  40 matches (Olympics included) . Woodward played in 30, was captain in 28 and scored 44 goals. 27 of the matches were played abroad.
It is tempting to see these games as jolly boys' outings in which the English, hands deep in their Corinthian pockets, steamed off from Charing Cross to thrash the foreigners. They were, however, absolutely vital in the spread and development of the game on the continent.
In these 40 amateur matches Woodward was one of  99 players capped. Of the other 98 players, only 13 also represented the 'full' England side * and between them they collected 43 'full' caps. 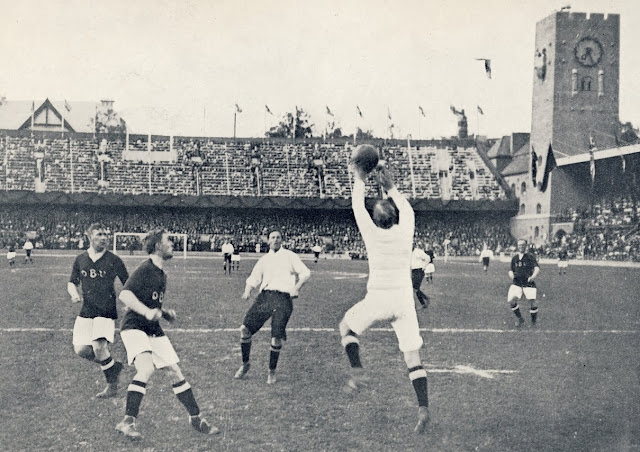